ChinaFile Translation of the CCP’s “Document 9” 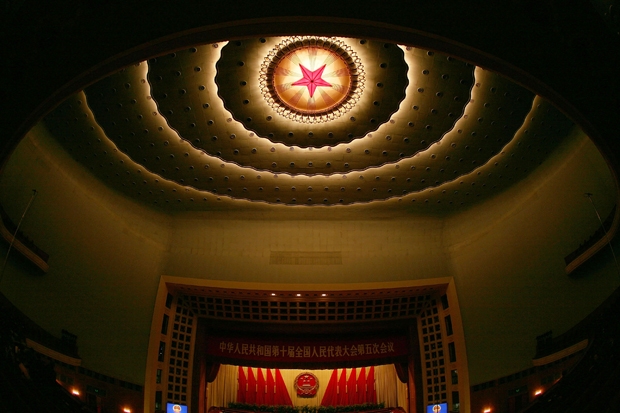 In April, Communist Party leaders issued an internal memo warning against seven “false ideological trends, positions, and activities,” including “Western constitutional democracy,” “universal values,” “the West’s idea of journalism,” and civil society. In the months since the memo was distributed, the government has launched a crackdown on rights lawyers, dissidents, activists, journalists and others, many of whom have advocated these ideas. The document was leaked and reported on in August, but now ChinaFile has translated it in full. From their introduction:

What suggests the significance of Document 9 is the fact that a worrisomely harsh crackdown against human rights lawyers, media outlets, academics, and other such independent thinkers has followed. But, whether Document 9 is the expression of one faction or that of the central Chinese leadership itself is still uncertain.

And from their translation:

The new session of the central leadership group has: put forth a series of new principles for conduct in political administration, furnished an interpretation of the Chinese dream of the great rejuvenation of the Chinese nation, improved our work-style, maintained close ties with the masses, rigorously enforced diligence and thrift, opposed extravagance and waste, increased vigor in the fight against corruption, and won the widespread endorsement of cadres and the masses. We persist in upholding scientific development as the main theme, accelerating economic transformation as the main thread, and increasing the quality and efficiency of the economy as the core. The outlook for our nation’s economic development continues to be favorable, and the people’s faith in China’s economic prospects has risen. In an effort to improve the people’s livelihood, we are putting forth new measures to benefit the people so they may look forward to a better future: disseminating thought on the cultural front as the most important political task; studying, implementing, and advancing the spirit of the Eighteenth Party Congress; rapidly arousing mass fervor, proclaiming that socialism with Chinese characteristics and the Chinese dream are the main theme of our age; expanding and strengthening positive propaganda; strengthening guidance on deep-seated problems; strengthening the management of ideological fronts; promoting unification of thought; concentrating our strength and implementing the development of a positive atmosphere and providing spiritual strength to the party and nation. [Source]