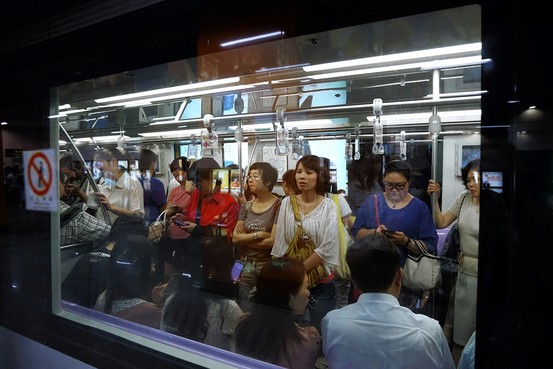 As China continues to urbanize, policymakers are planning to build more subways in cities to accommodate the growing urban population. The Wall Street Journal reports:

In the world’s most extensive subway-development effort, at least 26 Chinese cities are constructing or expanding lines, according to the government’s Transportation Technology Development and Planning Research Center. The think tank counts another 11 cities with urban railway plans.

[…] China’s new leaders are increasingly focusing on urbanization, including smarter cities. From an increasingly prosperous citizenry, they face pressure to reduce air pollution, provide housing that is cheap but livable and to unlock consumer spending. Metros dovetail with these quality-of-life challenges because they provide an alternative to cars and add convenience to life at the edges of big cities.

[…] McKinsey calculates that more than 100 Chinese cities could conceivably build subway systems, given many have populations exceeding one million inhabitants. As a city grows, Mr. Woetzel says, a subway acts as a “skeleton” for activity and gives town planners ways of “directly improving the lives of the people in a city.” [Source]

See also a photo essay showcasing an entire day on Line 2 of Beijing’s subway, via CDT.