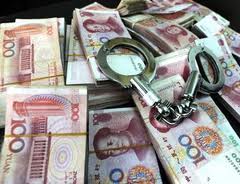 With large multinational corporations such as JP Morgan facing possible bribery charges for their actions in China, Bloomberg’s David Voreacos writes that the U.S. government is also stepping up its own enforcement of the Foreign Corrupt Practices Act:

Since the FCPA was passed in 1977, 42 defendants faced actions involving conduct in China, second only to Nigeria with 55, according to Danforth Newcomb, an attorney at Shearman & Sterling LLP. The firm, which represents clients in FCPA matters, tracks cases on its website.

The law, enforced by the U.S. Justice Department and Securities and Exchange Commission, bans payment of money or anything of value to foreign officials to obtain or retain business or gain an improper advantage. The FCPA also affects companies with shares traded in the U.S. by barring off-the-books accounting and internal controls violations that might conceal bribes.

Meanwhile, in China, Doug Young of the South China Morning Post reports that the government’s anti-graft campaign continues to come down hard on state-owned enterprises:

This series of probes into corruption at big state-owned companies first began late this summer, and followed another series of high-profile investigations at foreign companies. One of those earlier campaigns saw foreign milk powder makers accused of price fixing, and foreign pharmaceutical firms accused of bribing doctors and health professionals to buy their drugs.

That earlier series mostly targeted companies rather than individual executives. By comparison, this current campaign at state-run enterprises seems squarely aimed at corrupt officials and not at common company practices. This latest campaign also seems set to last longer, unlike the wave of foreign probes that lasted two or three months and then quickly subsided. As I said above, this clean-up probably isn’t much cause for concern for investors, and could even be a positive development if it means Beijing will let these corporate giants behave more like real commercial companies and less like organs of the state.

Bottom line: A new probe against a top Chalco official and life sentence for a former China Mobile executive indicate a current anti-graft campaign at state-owned enterprises could continue for a while. [Source]