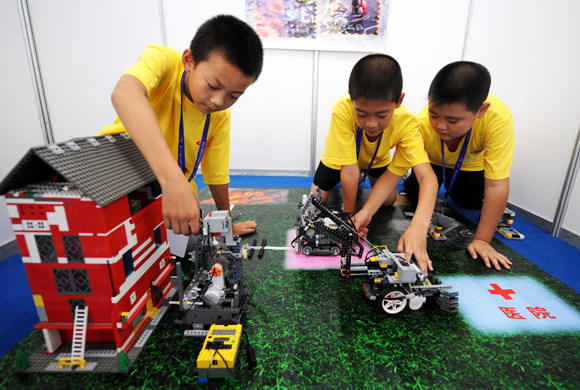 At The New Yorker, Ted Trautman describes how Lego went from near bankruptcy in 2004 to the world’s second largest toymaker earlier this year, with 70% growth in China helping to fuel the resurgence. He explains parents’ use of Lego to fill a perceived gap in China’s education system, and how the bricks have proven somewhat resistant to imitations and outright piracy.

James Button, a senior manager at the Shanghai-based consultancy SmithStreet, told me that many Chinese parents have been attracted to Lego’s capacity to develop children’s creativity and independence. “These areas of development are increasingly important in China’s economy, but are not well addressed through China’s education system,” he said. Parents have “lost faith in the ability of the Chinese education system to develop these critical skills in their children.”

[…] In theory, Lego’s greatest weakness worldwide should be that the last of its core patents expired in 1988, which has left it vulnerable for the past several years to competitors selling nearly identical bricks at lower prices. Mattel has its Mega Bloks, Hasbro has Kre-O, and China is home to at least a dozen imitators, including the brazenly named Ligao. But SmithStreet’s Button believes that the price and quality of Lego’s products and those of its imitators are so far apart that they are not competing for the same customers. If anything, Button said, the more affordable knockoffs serve as an “entry point” to playing with Lego-style bricks, from which a family might later upgrade to the real thing. [Source]

See more on Lego in China, including plans for its first Chinese factory in Zhejiang, via CDT.