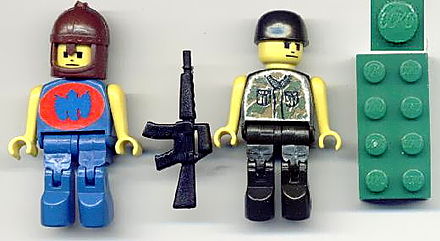 In March, Danish toymaker Lego announced plans to build its first Chinese factory to help satisfy Asia’s growing demand for the construction toys. A report from Bloomberg quotes Lego’s CEO on the potential the company sees in a region with steadily rising incomes:

Lego A/S, Europe’s biggest toymaker, plans to expand its sales in China as rising income boosts demand for its building-blocks in the world’s most-populous nation.

Lego is building manufacturing facilities in China to serve both the country and acrossAsia, Chief Executive Officer Joergen Vig Knudstorp said yesterday. The region contributes about 10 percent of revenue, he said.

The closely held company is seeking to boost sales as the world’s second-largest economy is expected to expand 7.6 percent this year, according to the Asian Development Bank’s forecast yesterday. By 2022, more than 75 percent of the country’s urban consumers will earn 60,000 yuan ($9,800) to 229,000 yuan a year, Mckinsey & Co. said in June. [Source]

Quartz notes that, as Lego looks to penetrate growing markets in China and Asia at large, it will be competing with numerous China-made Lego knock-offs:

[…T]he world’s second-largest toy maker is also facing a daunting challenge on par with building a full-scale Lego X-Wing: China is also where a slew of Lego knock-offs and imitations are made and sold.

[…T]he more popular Lego becomes in China, the more pressure it will face from competing manufacturers who build identical-looking bricks, widely known as “Lego clones.” The company is currently embroiled in a legal fight with Hong Kong-based Best-Lock Construction Toys, which Lego has accused of ripping off its signature “mini-figures,” the latest in a long line of Lego court battles. Way back in 2003, shortly after China joined the World Trade Organization, the company won a landmark decision when the Beijing High People’s Court ruled that Chinese toymaker Coko Toy had infringed on Lego’s copyrights.

But there are still dozens of copies and clones on the market that either fraudulently claim to be Lego or merely state they are “compatible with leading building bricks.” Blocks from Chinese companies like Ligao and Banbao are often direct copies of Lego designs. [Source]

Also see a post on Lego clones from TheBrickBlogger.com.