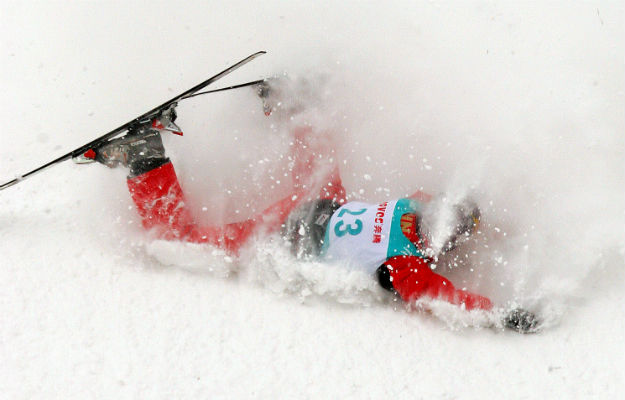 China’s Olympic Committee announced on Tuesday that it will bid against Germany, Kazakhstan, Norway, Ukraine, and Poland and Slovakia for the 2022 Winter Games. Beijing will host the ice events, it proposes, while mountainous Zhangjiakou nearby will provide the snow. But Liz Carter noted at Tea Leaf Nation that many who commented online were unconvinced:

Alternative suggestions abounded. “Why not give Harbin or Changchun the opportunity?” asked one Weibo user. Changchun, a large city known for its winter sports, is the capital of northeastern Jilin province, while Harbin, the capital of China’s Heilongjiang province, is called the “Ice City” for its long, cold winters. “If China is going to bid for the Winter Olympics,” wrote one Weibo user, “Harbin should be the first choice.” In fact, China bid to host the 2010 Winter Olympics in Harbin. On Nov. 6, the Beijing News, a major domestic media outlet, cited a government official who said international authorities had nixed China’s northeast for being “too cold.”

[…] The online criticism forms a sharp contrast to the excitement and optimism that preceded China’s first hosting of the Olympics in 2008. In June 2008, two months before the games, 96 percent of Chinese respondents to a Pew Research survey said that the 2008 Olympics would be successful, and 79 percent said the 2008 Olympics were personally important to them. Yet the extravagance of those games — Beijing spent $42 billion, hosting the world’s most expensive Olympics – upset many. Five years on, some now feel that another Beijing Olympics would only waste taxpayer money. “We need a Winter Olympics,” wrote one Weibo user, “Just not in Beijing!”

A Global Times editorial acknowledged but downplayed online complaints, which it described as a mixture of “serious criticisms, irrational venting of anger and abuse for fun.” The bid would provide an excellent spur for the host region’s economic development and environmental improvement, it argued, while the games would prove that China can now handle such global events without breaking a sweat:

Public opinion, with both supporting and sarcastic remarks found online, has become more complicated than the time when China applied to host the 2008 Summer Olympic Games.

[…] The successful hosting of the 2008 Beijing Olympic Games and World Expo 2010 in Shanghai is seen as China’s coming-out party. Future bid for Winter Olympic Games should focus on actual needs rather than on society’s vanity.

[…] We strived to achieve impeccable results in the past. That may be unnecessary. If we had a relaxed mind, it might have been even better.

Transiting from overstress to ease is in essence a process in which a nation is building its maturity and confidence. In the past, hosting a table tennis championship could unnerve the whole country. [Source]

The country may have to wait a little longer to display its newfound nonchalance, however. South Korea will host the 2018 Winter Olympics, and an unwritten rotation rule makes consecutive East Asian games unlikely.