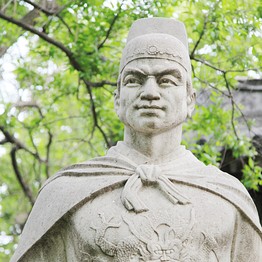 The Wall Street Journal’s Jeremy Page reports that China is pursuing territorial claims not just on and over the nearby seas, but also under them as it moves to dominate study of South China Sea shipwrecks:

“We want to find more evidence that can prove Chinese people went there and lived there, historical evidence that can help prove China is the sovereign owner of the South China Sea,” says Liu Shuguang, head of the Chinese government’s Center of Underwater Cultural Heritage, set up in 2009 to oversee underwater archaeology in the country.

[…] “The Philippines sent some French archaeologists to do what? To drag away this shipwreck,” says Mr. Liu of China’s Center of Underwater Cultural Heritage. “Because this was material evidence that Chinese people first found the Scarborough Shoal, they wanted to destroy evidence that was beneficial to China.” The archaeologists deny that.

[…] “Marine archaeology is an exercise that demonstrates national sovereignty,” Li Xiaojie, the vice minister of culture, was quoted as saying by state media in September 2012 as he examined porcelain retrieved from a wreck off the Paracels. [Source]