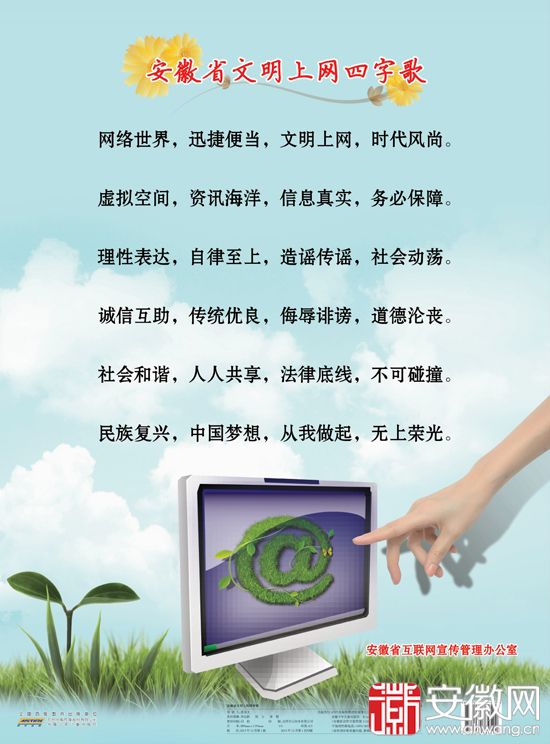 Anhui has launched “civilized Internet vanguard community foundational activities” in 16 cities across the province. Each line of the poem is four characters long–hence the title–and promotes the theme of “standing by the seven baselines and together building a civilized Internet” (坚守七条底线、共建网络文明). There is also a cartoon version of the song (view on Youku).

Read more about the campaign from CDT Chinese [zh].