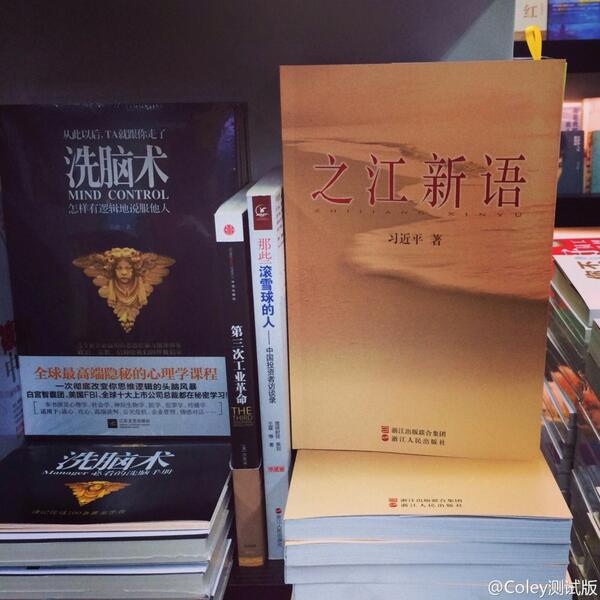 Xi Jinping is cultivating his public persona with more than just humble lunches. Weibo user @Coley测试版 found his writing on display at a bookstore:

Daddy Xi’s Zhijiang Xinyu has been reprinted. The way this bookstore arranges its shelves--my buddies and I are dumbstruck. While he was Party secretary of Zhejiang, Xi Jinping wrote a column for the Zhejiang Daily called “New Words of Zhijiang” ("Zhijiang Xinyu" 之江新语). The book of the same name was first published in 2007.

The journal Ideological and Political Work Studies (思想政治工作研究) says Xi’s essays have “strong ideological content, focus, and relevance to the present time” (这些短论思想性、针对性、时效性强). Judging by the book on display to the left of Xi’s, the booksellers could not agree more.