Are Golden Years Over for Multinationals in China? 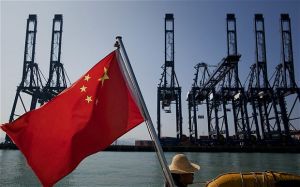 The Economist reports that while multinational corporations have streamed into China over the past three decades, “the gold rush may be over:”

In some ways, China’s market is still the world’s most enticing. Although it accounts for only around 8% of private consumption in the world, it contributed more than any other country to the growth of consumption in 2011-13. Firms like GM and Apple have made fat profits there.

China’s government has always made life difficult for firms in some sectors—it has restricted market access for foreign banks and brokerage houses and blocked internet firms, including Facebook and Twitter—but the tough treatment seems to be spreading. Hardware firms such as Cisco, IBM and Qualcomm are facing a post-Snowden backlash; GlaxoSmithKline, a drugmaker, is ensnared in a corruption probe; Apple was forced into a humiliating apology last year for offering inadequate warranties; and Starbucks has been accused by state media of price-gouging. A sweeping consumer-protection law will come into force in March, possibly providing a fresh line of attack on multinationals. And the government’s crackdown on extravagant spending by officials is hitting the foreign firms that peddle luxuries (see article). [Source]

The so-called “Snowden Effect” has caused U.S. technology firms to rethink their sales strategies in China, according to Reuters:

All U.S. IT firms are “on the defensive” in China, said Scott Kennedy, director of the Research Center for Chinese Politics and Business at Indiana University. “They are all under suspicion as either witting or unwitting collaborators in the U.S. government’s surveillance and intelligence gathering activities.”

[…] Nowhere is the so-called ‘Snowden Effect’ expected to have greater impact than in China, says Sanford C. Bernstein analyst Toni Sacconaghi. “U.S. technology companies face the most revenue risk in China by a wide margin, followed by Brazil and other emergingmarkets,” he wrote in a research note this month [Source]