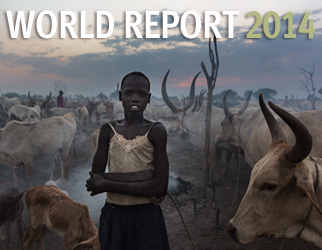 “The Chinese government has responded to domestic and international pressure by announcing partial reforms on issues such as Re-education Through Labor and the one-child policy,” said Brad Adams, Asia director at Human Rights Watch, “But the leadership has also embarked on a harsh crackdown on critics, while using hardline rhetoric to make clear they have no intention of liberalizing the political system.”

[…] “It is too soon to know whether recently announced reforms will be matched by action to translate them into reality,” Adams said. “But while Xi Jinping has spoken a lot about tackling corruption and there have been some high profile arrests, the government has harshly retaliated against those who exposed high-level corruption in the government and Party.”

Beginning in March, China detained and arrested more than fifty activists across the country in an attempt to push back and reassert control over the acceptable boundaries for civil society activism. Those detained include activists involved with the New Citizens Movement, a civic platform that organizes street protests to press for the public disclosure of official assets as a mechanism to fight corruption. Many of these activists remain in detention.

In August, the Chinese government waged one of the harshest crackdowns on the Internet in recent years, railing against “online rumors,” detaining “rumor mongers” across the country, punishing outspoken citizens and journalists for blowing the whistle on corruption, and extending existing criminal legal provisions to make it easier to punish online expression. [Source]

When Xi Jinping became president last year, there had been hopes that he would take a softer line on government critics and embark upon political reform, but since taking office the ruling Communist Party has gone after critics with renewed vigor.

In its annual world report, Human Rights Watch said that China had “yet to embark on fundamental reforms that adequately respond to the public’s increased demands for justice and accountability”.

The group said it was particularly concerned about the arrests of activists who have campaigned for officials to publicly disclose their assets. [Source]

The Human Rights Watch report was released the same week that civil society activists are standing trial across China for “assembling a crowd to disrupt order in a public place”—beginning with the closed trial of New Citizens’ Movement founder Xu Zhiyong in Beijing on Wednesday, where security forces cracked down on supporters and journalists.