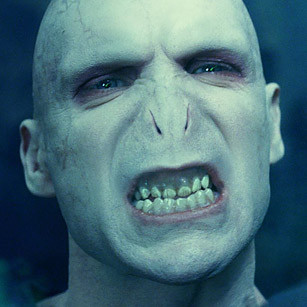 The Japan Times reports that Chinese national Xu Shuaijun was rescued by the Japanese Coast Guard after an unsuccessful attempt at landing on the disputed Diaoyu Islands in his hot air balloon:

A Chinese man was rescued by the Japan Coast Guard after failing to land a hot air balloon on the Senkaku Islands on New Year’s Day, an official said Thursday.

Xu Shuaijun, a 35-year-old cook, set out from Fujian province on Wednesday morning, aiming to land on one of the islets in the Japan-controlled chain, which China claims as Diaoyu and Taiwan as Tiaoyutai, the Coast Guard official said.

He sent out a distress call after encountering trouble near the islets in the East China Sea, the official said.

A Japanese rescue helicopter found the balloon 22 km south of the chain and rescued Xu, who was unhurt, the official said. He was handed over to a Chinese patrol ship outside of Japanese waters. [Source]

Sovereignty over the Japanese-controlled island chain in the East China Sea is disputed by both Taiwan and China. Coverage from Taiwan, whose National Rescue Command Center received the balloonist’s distress call before passing it onto the Japanese Coast Guard, describes Taiwan’s role in the rescue efforts as a “reaffirmation” of sovereignty:

The Republic of China reaffirmed its sovereignty over the disputed Diaoyutai Islands in the East China Sea Thursday after working with Japan to rescue a Chinese balloonist who became stranded at sea while trying to land on one of the islets.

[…] Located some 100 nautical miles northeast of Taiwan in the East China Sea, the Diaoyutai island cluster has been under Japan’s administrative control since 1972, but is also claimed by the ROC (Taiwan) and China. [Source]

While the New York Times’ coverage of the event focused on cooperation between contesting parties, the Global Times reports that China’s foreign ministry made no mention of the Japanese Coast Guard’s role:

Chinese foreign ministry spokesman Qin Gang said during a briefing that the Chinese coast guard vessel patrolling in the waters of the Diaoyu Islands learned Wednesday that a Chinese balloonist had ditched in the sea. The vessel then came to the scene immediately for help and the rescued person is in good condition.

[…] Qin did not mention the Japanese coast guard and made no further comments on the balloonist’s landing attempt. [Source]

Long a major source of friction between China and Japan, tensions have been mounting since Japan purchased three of the Diaoyu/Senkaku Islands from a private owner in September of 2012. In November, China announced an Air Defense Identification Zone over the islands, further straining Sino-Japanese diplomacy, another step in China’s naval buildup. On December 5, there was a near collision between U.S. and Chinese warships in international waters, an incident that some U.S. commentators blamed on Chinese aggression.  In an op-ed for the Wall Street Journal, Edward Luttwak looks at China’s “risky flirtation with military adventurism”:

A growing record of encounters suggests that Chinese naval officers have career incentives to act provocatively, even at the risk of deadly incidents. So do their counterparts in the army. Forces under the Lanzhou Military Region, in China’s west, thought it smart to seize Indian-controlled terrain in Ladakh this April. They retreated only when the Indians threatened to cancel a state visit. Similarly, the China Coast Guard has been intrusively patrolling the waters around the Japanese-controlled Senkaku Islands, even entering Japanese territorial waters in recent days.

It was different during the Cold War. In spite of countless encounters between American and Soviet aircraft and warships, as well as the famous set-to between the U.S. and Soviet armies at “Checkpoint Charlie” in the heart of Berlin, there were very few dangerous incidents. Soviet officers knew that “adventurism” was a career-ending offense.

Yet in the Chinese case, Communist Party leaders apparently encourage it. The state media vigorously endorse each act of military adventurism. Why should this be? After all, the risks of escalation are enormous. […] [Source]

Meanwhile, as nationalist sentiment on either side of the East China Sea flares, Japanese prime minister Shinzo Abe’s recent visit to the Yasukuni Shrine provoked much outrage in China. On January 1, The Telegraph ran a commentary from Liu Xiaoming, China’s ambassador to the UK, comparing the Japanese leader to He-Who-Must-Not-Be-Named:

In the Harry Potter story, the dark wizard Voldemort dies hard because the seven horcruxes, which contain parts of his soul, have been destroyed. If militarism is like the haunting Voldemort of Japan, the Yasukuni Shrine in Tokyo is a kind of horcrux, representing the darkest parts of that nation’s soul.

Last week, in flagrant disregard of the feelings of his Asian neighbors, Shinzo Abe, the Japanese prime minister, paid homage at the Yasukuni Shrine, where 14 Class A war criminals – defined as those who committed “crimes against peace” – are enshrined. They were among the 28 Japanese political and military leaders convicted by an international military tribunal after the Second World War. […] [Source]

More from the AFP:

Liu’s op-ed comes amid the tensions between China and Japan over Shinzo Abe’s visit to the shrine last week.

He became the first Japanese head of government since 2006 to pay respects at Yasukuni, which honours Japan’s war dead including 14 indicted Class A war criminals.

Japanese cabinet minister Yoshitaka Shindo followed up with a visit of his own on Wednesday.

Abe said last week that the goal of his shrine visit was “to pledge and determine that never again will people suffer in war”, but the site is seen elsewhere as a reminder of Japan’s 20th-century aggression against China and other Asian nations.

Chinese foreign ministry spokesman Qin Gang said Monday that Abe was “not welcome” by the Chinese people, and it also provoked vehement condemnation from South Korea and rare criticism by Washington, which has a security alliance with Tokyo. […] [Source]

Also see the BBC’s roundup of mounting nationalism and Sino-Japanese tensions “China V Japan: Who is at Fault,” by Anthony Zurcher.