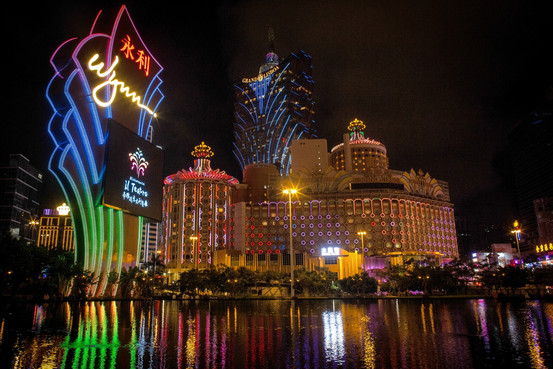 Kate O’Keeffe reports for The Wall Street Journal that “it now takes Macau’s gamblers just one day to wager what’s bet in an entire week on the Las Vegas Strip“:

[…] So far concerns that a looming economic slowdown in China, coupled with the Chinese government’s recent crackdown on corruption in the mainland, would dent Macau’s numbers have proven overblown. Analysts have struggled to pinpoint an economic or business indicator that might predict Macau’s performance.

[…] But although Macau’s annual gambling-revenue haul has been growing by the size of the famed Las Vegas Strip—still the world’s second-largest gambling market—for years now, it has yet to enter into the global consciousness in the same way that Las Vegas has. Part of the reason might be that Macau remains a city purely focused on gambling, with many visitors shunning other forms of entertainment. The mainland Chinese government as well as local Macau leaders have ordered casino operators to help diversify the economy by investing more in nongambling facilities such as theaters and fine dining, staples in gambling hubs like Las Vegas. [Source]