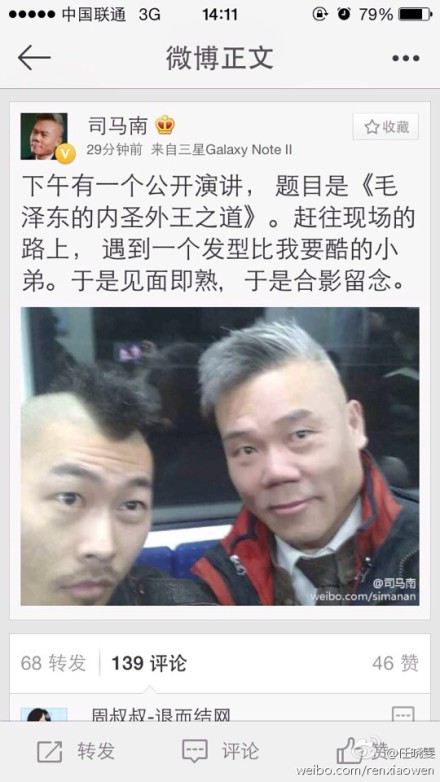 Neo-Maoist talking head Sima Nan rose to Weibo infamy nearly two years ago, after he posted “America is the enemy of all the people in the world” on January 20, 2012–and then found himself in an American hospital just hours later. He had gotten his head caught between the escalator railing and the wall at the airport in Washington, D.C. Netizens speculated that Sima was meeting family in “enemy territory” for Chinese New Year.

Sima stayed positive. Even having a shoe hurled at him didn’t seem to dampen his enthusiasm for Weibo or Mao. This Saturday, he even shared a chance encounter on the Beijing subway: There was a public lecture this afternoon called “Mao Zedong’s Path of the Inner Sage and Outer King.” On my way after the event, I met a young man with a cooler hairstyle than myself. Thus we were familiar strangers, and took a photo together to remember the occasion.