The Wu-Force on Fusing the Sounds of China & the U.S. 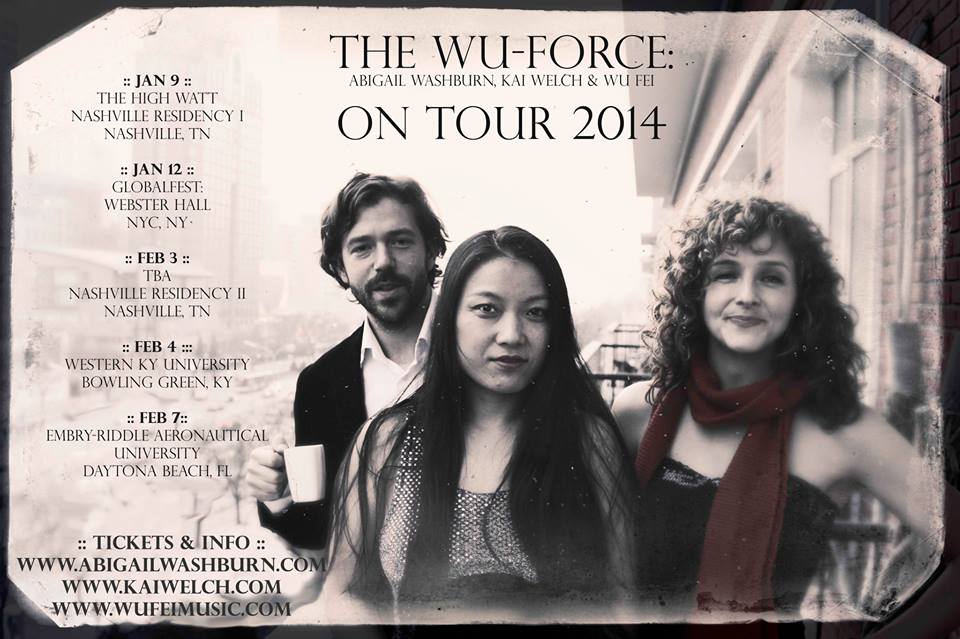 The New York Times’ Jonathan Ansfield speaks with musicians Abigail Washburn, Kai Welch and Wu Fei, who together are touring under the name Wu Force and creating a unique style that combines traditional American and Chinese traditions:

Q. You’ve described yourselves (and in turn been billed) as kung fu-Appalachian indie folk-rock and variations thereof. How does all of that come through in your music?

Ms. Washburn: The Wu-Force has an energy that seamlessly folds in these varied and surprising sounds from their collective influences, i.e., traditional mountain and folk music to avant-garde to Pixies-inspired rock to theatrical sing-songs to AM pop. Hard to come up with a descriptor that covers all these bases. What would you call it?

Q. Do audiences in China and the U.S. react differently in any ways to your music? What about music industry folk?

Ms. Washburn: We’re new to performing live together, so we don’t have any good war stories for you yet, but we’ve all toured both countries extensively in different projects. We did play a small run of dates in the Southeast of the U.S.A. in Tennessee and North Carolina. We were surprised at the outpouring of enthusiasm for this very new and different-sounding music. Imagine people with Southern accents saying, “What’s that instrument again . . . gooojung??” [Source]

Watch the Wu Force perform in Beijing in 2011:

See more about Washburn on CDT, including her TED Talk on building US-China relations through banjo.