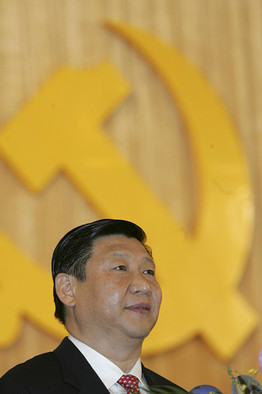 The Chinese Communist Party “showed how concerned it is about its control over the Internet” after announcing the establishment of a new committee on Internet security Thursday.  Russell Leigh Moses reports for The Wall Street Journal:

The party’s preoccupation with the Internet and how to control it has led to a certain schizophrenia.  Sometimes the Chinese leadership plays the role of the soft supervisor, allowing the public to sound off about smog while criticizing lower-level officials for not using social media more as a way to engage with skeptical citizens. Other times it pays the heavy-handed censor, deleting posts and seeking to silence influential bloggers.

[…] The Xi leadership has been battling for some time with the question of how to be a ruling party in an era where technology has changed so many of the rules. It’s an enormous challenge and they are right to worry.

But creating more committees to centralize policy-making is only part of the job.  The other part is winning the race for relevancy where social media and public opinion is concerned.  And as long as the focus is on security, rather than service, it’s a race the party could be in regular danger of losing. [Source]

Many have expressed fears that the launch of such a high-level task force would deal another blow to press freedom which had already been suffering after Xi’s administration tightened controls on the internet in recent months.

[…] Many also speculated that Lu Wei, the bureaucrat handpicked by the new administration as the country’s internet tsar and a member in Xi’s steering group, will likely impose tougher censorship on social media and online forums.

Lu, 54, a former senior editor at the official Xinhua News Agency, was promoted to the deputy director of the State Council Information office and head of the State Internet Information Office last year.

“I am not optimistic about the future of internet freedom in China now that Lu sits on the panel,” said a senior media professional based in Beijing, who would only speak on the condition of anonymity. Lu has a reputation as a ruthless enforcer of the Party line, she added. [Source]