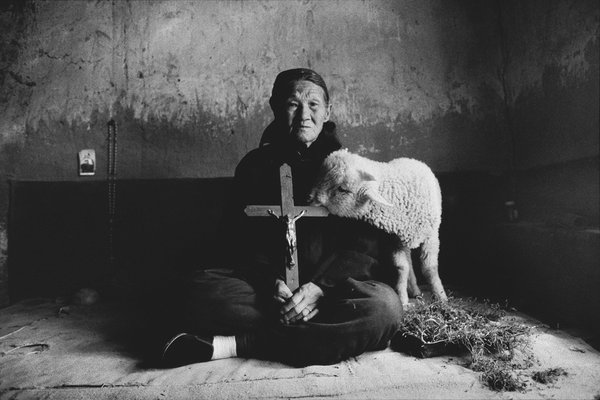 At The New York Review of Books, Ian Johnson reviews two volumes on the past and present of Christianity in China—The Missionary’s Curse and Other Tales from a Chinese Catholic Village

by Henrietta Harrison, and Christian Values in Communist China

by Gerda Wielander—which offer insight into the ways in which China adopts foreign ideas.

Harrison argues for a broader view of Chinese people’s hopes and aspirations. She acknowledges that China has borrowed liberally from other cultures—her book, after all, is about a Catholic village—but writes that Christian ideas have not been Sinicized as much as many imagine. On the contrary, the first foreign conceptions that were adopted were the ones most acceptable to Chinese, and over time people strove to add foreign content, not subtract it. Thus ideas in China have tended more toward international norms, not Chinese versions of them. The trend is slow—frustratingly so for many who argue that China over the past decade has moved further away from international standards, especially in the field of human rights, or even economic regulation. But Harrison has a long view. […]

[…] Harrison’s deep familiarity with China allows her to see connections between her specific narrative and the bigger thread of how China has been confronted with the outside world for the past two centuries. More than most other books I’ve read on China in recent years, it’s one that rings true, and reinforces the long-term optimist’s view against Chinese exceptionalism, and for a country bound to international institutions and norms. [Source]