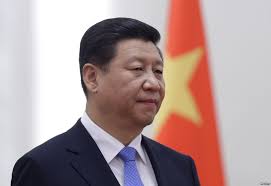 Analysts expect that China’s new National Security Commission, which is expected to be approved at next week’s National People’s Congress, will focus primarily on domestic security threats. From The South China Morning Post:

Security and diplomacy experts say the weight carried by different agencies in the commission may vary from time to time, depending on the situations it faces. For example, the foreign ministry may find itself more involved in evacuation of Chinese citizens abroad.

But internal problems ranging from public discontent over social inequality to ethnic unrest appear more daunting to Beijing for the time being, even though the country’s foreign policy has moved in recent years from a low-key approach to a more assertive one, especially in the handling of territorial disputes with neighbours.

“Unlike other countries’ national security committees, China’s commission is likely to put more emphasis on internal situations,” said Jia Qingguo, a member of the foreign affairs committee of the Chinese People’s Political Consultative Conference, the nation’s top political advisory body. “Public security and the political and legal systems will be higher on the committee’s agenda.”

Any improper handling of internal security problems may weaken China’s standing in relations with its neighbours, he said. [Source]