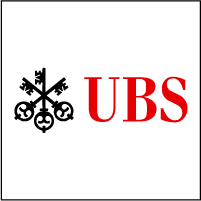 Following revelations about questionable hiring practices at J.P Morgan, UBS has fired two executives, including their top IPO banker in Asia, following an investigation into their hiring of the daughter of the head of Tianhe Chemicals. UBS is currently working with Tianhe on its upcoming IPO. From the Wall Street Journal:

Joseph Chee, a more-than-a-decadelong veteran at the Swiss bank and head of global capital markets in Asia, and Sharlyn Wu, a senior banker, have been suspended as the bank investigates the recruitment in 2013 of Joyce Wei, daughter of the chairman of Tianhe Chemicals, a privately owned mainland company, the people said.

“The investigation is into whether an internal process has been breached,” one of the people familiar with the matter said. Ms. Wei is an associate in UBS’s equities capital markets team, which handles share sales for companies across the region. She remains at the bank, the person said.

Meanwhile, at Bloomberg BusinessWeek, Diane Brady asks why it is acceptable for American universities, like Harvard, to give special consideration to children of well-connected leaders if banks are not allowed to do so. As she writes, there is a fine line between “fostering good relations and fraud”:

At the same time that Harvard and other elite schools are attracting more Chinese students, they’re doing more business in that country. Four years ago, Harvard opened the Harvard Center Shanghai, where it offers pricey executive education programs to Chinese nationals. It established the Harvard China Fund, an “academic venture fund” that, among other things, promotes Harvard’s presence in China. These are in addition to the many other partnerships, programs, and links that Harvard and schools like it have established on the mainland. All of it can lead to terrific research, bridge-building, and relationships that benefit everyone. [Source]