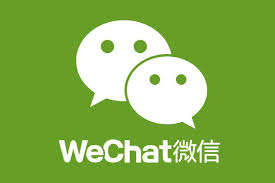 Amid the central government’s ongoing crackdown on online public opinion and as innovation in China’s social media market has created new options for web users, the once vibrant social atmosphere on popular microblogging service Sina Weibo is languishing. Many users have been migrating to Tencent’s messaging app WeChat, where relative privacy has allowed for the discussion of topics that would quickly become prohibited on public microblogging platforms like Sina Weibo. While WeChat has never been immune to government surveillance or self-censorship, the South China Morning Post reports that on March 13, scores of popular public WeChat accounts had been shut down or suspended:

Some of the accounts were operated by popular columnists, such as Xu Danei and Luo Changping, or by online news outlets, such as NetEase. Xu’s account alone had an estimated 200,000 subscribers.

Industry insiders said the suspension order was handed down without giving a reason yesterday afternoon. Most of the accounts that were shut down were known for posting commentaries and articles on current affairs.

“No reason was given,” and insider said. “Some of the accounts were shut permanently.”

People who clicked on affected accounts were greeted with a pop-up message saying the account had been shut for violating regulations. It was unclear how long the block would last. [Source]

In an exclusive for Foreign Policy, Tea Leaf Nation’s David Wertime describes the nature of the accounts that have been targeted, and quotes media analyst Wen Yunchao who believes this move is part of the ongoing central government crackdown on Internet speech:

[…] WeChat has […] given rise to “self-media,” or media startups comprising independent journalists and editors who have seized the opportunity to build new brand names and reach a new audience. They have done so free of the high-profile censorship crackdowns that have dogged Sina Weibo and its 280 million members — until now.

[…] Wen Yunchao, an outspoken Chinese blogger and media analyst based in New York, says several dozen WeChat accounts have been deleted. He told Foreign Policy that the accounts span subject matter, including “law, history, and culture.”

[…] Wen said, “It’s very possible that this is the first action taken by the small working group on Internet security headed by [Chinese President] Xi Jinping.” That group, with a broad portfolio including cybersecurity, Internet culture, and Internet politics, met for the first time on Feb. 27. Wen added that the scale of the crackdown surprised him, making him believe it was done on orders from the Chinese government and was not  a prophylactic action driven by the company. The government “waits for a new medium to gain a certain level of influence and then they crack down,” he said.  [Source]

CDT has translated a list of 39 deleted and suspended WeChat accounts to provide a better idea of what is being targeted (via CDT Chinese).