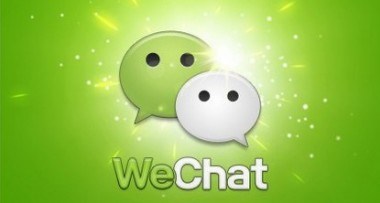 As has been noted by prominent users and statistically proven by recent studies, the social atmosphere is changing on popular microblogging platform Sina Weibo. Once heralded as a powerful platform for the expression of grassroots opinion, Weibo is becoming dominated by official accounts. One possible factor contributing to a mass exodus of Weibo users is an ongoing official campaign to rein in control of online public opinion. In an op-ed for the New York Times, author Yu Hua looks at the relationship between government control, self-censorship and profit, and how the PRC’s “censorship pendulum” influences opportunities for self-expression in China:

[…] Material posted on Weibo has been deleted ever since the service began in 2009, but the more the service grew — it now claims more than 500 million users — the more pervasive these deletions became. Censorship is initiated in part by the government, but the managers of Weibo and other social media sites do much of the deleting.

Why? It all has to do with profits. China’s Internet companies, unlike other sectors, are mainly privately run. They don’t dare offend the government — if the government suppresses them, the money they’ve raked in so quickly will just as quickly be flushed away. So they take thelead in deleting blunt criticisms, which has earned them the unflattering label of “eunuchs responsible for their own castration.”

But these private companies also quietly allow critical voices on Weibo. Even as posts are deleted and accounts are canceled, new ones spring up. My own microblog often gets tips like this: So-and-so’s account has come to a bad end, but now it’s been resurrected, so take a look at the repackaged version. […] [Source]

As the Weibo milieu has been shifting in recent years, the proportion of China’s online population using mobile devices to access the web has also been increasing, and new social media platforms that better cater to the mobile user have been heating up. In a post for Forbes, Charles Custer looks at the rise of Tencent’s popular mobile app Weixin (WeChat) to ask if censorship, an evolving social media market, or some combination of the two better account for stagnation on Sina Weibo:

[…] At the center of the debate over which of these things—WeChat or government censorship—is most responsible for the Weibo exodus is the question of political engagement on China’s web. If China’s web users are highly politically engaged, then censorship might well be what drove them away. If they are not, then government censorship is unlikely to have played a significant role in their decreased interest in Sina’s microblogging service.

Personally, I think political engagement on China’s web is often overstated in the Western press. One would get the impression from some articles I’ve seen over the past few years that Weibo users come online specifically to complain about the government, but in my experience most of the time, most of them are just there to chat with friends and pass along any photos or news in their feed that they find interesting. Often, this isn’t political at all.

With that said, I still think that censorship played a significant role in the Weibo exodus, although it did not directly cause it. Weibo, like any social service really, is driven in part by power users, the users with the biggest post counts and the most followers. When the government began targeting power users specifically in 2013, and arrested some high-profile Weibo users like Charles Xue, it may not have registered with everyday Weibo users as political censorship. But the Telegraph’s data indicates it did affect other power users, leading to lower activity rates and fewer highly active accounts. These accounts were responsible for passing along a lot of the news that made Weibo so interesting, but the crackdown on rumors has made the passing-along of news (even news that has nothing to do with politics) seem dangerous unless it comes from an official source. So, it seems, many of these users have just stopped passing the interesting-but-unofficial news and information they find along to their followers. And that, in turn, made Weibo more boring. […] [Source]

Weixin is a very different platform for digital interaction than Weibo, allowing users to interact not with legions of followers but with personal contacts. As such, the  government is less anxious about the app’s potential to rapidly spread information, and users are allowed semi-private social interaction with less censorship—for more on this see Chinese social media scholar Jason Ng‘s contribution to a Facebook conversation. While differences in the way that users socialize (and the way the government interacts with users’ activity) may be encouraging users to move from Weibo to Weixin, Tencent’s proven innovative potential is also helping in Weixin’s rise. From the New Republic:

Since its debut in 2011, WeChat has become the envy of China’s social networking space. And in doing so, it has all but laid to rest the question of “Can China innovate?” WeChat has seized on the particular needs and opportunities of the Chinese market, from the rise of mobile to the declining relevance of Weibo to the fact that most Chinese people don’t use credit cards (yet). Along the way, it’s developed a combination of services that no American company can rival, red envelopes being only the latest example. Even American app companies are admitting they can learn from WeChat.

Early on, WeChat was a simple chat app with a walkie-talkie-like voice feature and a personal message board to which users could post photos with commentary. From there, they tacked on one subtly genius feature after another: “Look Around,” which shows you who’s nearby; “Shake,” which connects users to other people shaking their phones at the same time; and a steadily expanding supply of gifs, or “Stickers,” that keep conversation fresh and silly. The result was a deeply addictive chat experience that has attracted nearly 300 million users worldwide.

The problem was, like a lot of promising startups, it wasn’t making money. So last year, parent company Tencent raised the stakes by linking its online payment tool, Tenpay, to WeChat. That opened the door to paying for games and special gifs, plus one-time promotions like discounts on vending machine purchases and a November sale of 150,000 Xiaomi phones, which sold out in 10 minutes. More than 20 million users make purchases through WeChat, Tencent told Caixin in January, with an additional 200,000 people signing up every day. [Source]