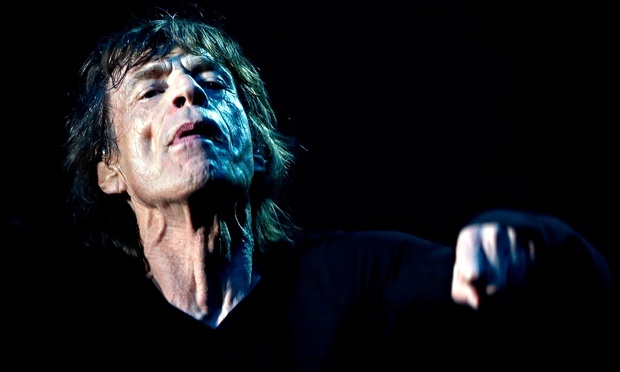 “About now we’d usually play something like Honky Tonk Women … but it’s been vetoed,” Mick Jagger said at the show, according to a posting on the band’s official Twitter feed. He did not give a reason.

The song describes a “bar-room queen” who “tried to take me upstairs for a ride” and another woman who “blew my nose and then she blew my mind”.

[…] “He didn’t play it for shock,” said Andrew Chin, a local arts writer who attended. “People were just excited to see the Stones.” [Source]

As with other visiting foreign artists, the Stones’ set list was submitted to the Ministry of Culture for approval ahead of the gig. At their last appearance in 2006, ‘Brown Sugar’ and ‘Let’s Spend the Night Together’ were also among the rejected selections; neither was played on Wednesday.

Luckily for the band, cutting sex and drug references tends to be less controversial back home than dropping political anthems, as Bob Dylan has been angrily accused of doing in China. Political scrutiny of visiting foreign artists reportedly intensified early last year after Elton John dedicated a Beijing concert to the artist Ai Weiwei the previous November. Soon afterwards, German electronic music pioneers Kraftwerk were barred from a Beijing festival because of a cancelled appearance at a Free Tibet concert in 1998.