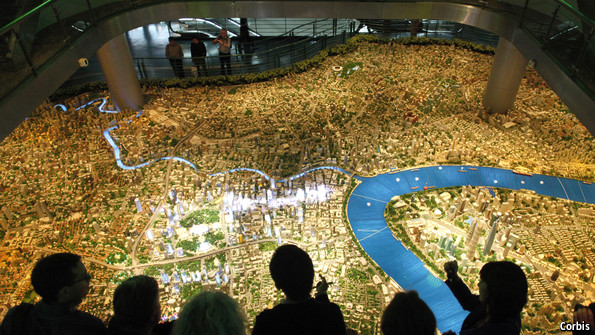 Along with plans to redevelop shantytowns as part of the national effort to place more than 60 percent of its population in cities, China is also making plans to liberalize its hukou, or household registration, system to allow 45% of its population to have full urban hukou, which gives them greater access to social services and education. The Economist discusses two main weaknesses of the hukou reform efforts:

There are two main areas where it falls short. First, the hukou liberalisation focuses on cities with under 5m people. Yet most new jobs are being created in the 16 big cities with populations of more than 5m, and most of the dodgy government debt seems to be concentrated in the smaller cities whose officials are therefore unwilling to fork out for benefits for new urbanites. Large cities can give urban hukou, but only on a complicated points-based system which tends to favour the prosperous, giving graduates and skilled workers a better chance. When tried elsewhere, that ends up allowing mainly the elite to migrate. The points-based system should be scrapped and the door opened faster and wider.

The second problem is bigger. Though migrants hate the way they are discriminated against in cities, many are nervous about accepting an urban hukou, even if offered, as they do not see it as a reliable source of security. Urban welfare systems are so new and so imperfect that migrants doubt, with good reason, that they will be able to draw on unemployment benefits or a promised pension, especially if they move to another city. So they keep one foot in the countryside, holding onto their tiny patch of land and never making the break. Even if they want to sell their land, they are still not allowed to do so. The plan thus needs two other important strands: more cash for public services in the cities, and allowing the establishment of a rural land market, so that the buying and selling of land could help enrich farmers just as it has enriched urbanites. [Source]

Although authorities plan to grant 100m migrants with urban hukou by 2020, hukou and other barriers will continue to be used in larger cities to limit population growth. From The Economist:

Crucially, the plan does not suggest when the hukou system might be scrapped altogether. And it still allows bigger cities, which migrants prefer, to continue usinghukou barriers as a way of trying to limit population growth. In the 16 cities with more than 5m people, officials will be allowed to give hukou only to migrants who gain a certain number of points (in cities that have experimented with this, points are awarded on the basis of educational qualifications, property ownership and other factors that rule out most migrants). Even in the smallest cities only migrants with “legal and stable” work and accommodation—which many do not have—will be able to get urban hukou.

Local governments are likely to interpret this as strictly as they can. They are fearful of having to spend a lot more on public services such as health care, education and subsidised housing, which barely reach most non-urban hukou holders. The new plan gives few details of how beefing up these services will be paid for, an omission that suggests much bickering remains to be done. It sets a modest target for urbanisation of 60% in 2020, up from nearly 54% today. This would imply a slowing down of the growth rate; that is not a bad signal to send given how local governments have been using high urbanisation targets as a pretext to continue grabbing land from farmers and engaging in an orgy of often wasteful construction. [Source]

Vice Minister of Public Security Huang Ming told reporters this week that the tight controls on who lives where under the hukou, or household-registration, system, won’t be abandoned anytime soon, at least not in the biggest and most attractive cities.

“I wouldn’t say there’s no hope in getting a hukou,” Mr. Huang said at a news briefing Wednesday, referring to strict population controls in Beijing, Shanghai and Guangzhou. “I think there’s hope, just not as high as other big cities, especially not as high as smaller cities.”

[…] The government has stressed it will keep a tight grip on cities with populations of more than 5 million.

Mr. Huang said this is necessary due to practical considerations. Cities like Beijing, Shanghai and Guangzhou  are already seeing huge strains on their resources and the environment. Their populations need to be slimmed down, he said. [Source]