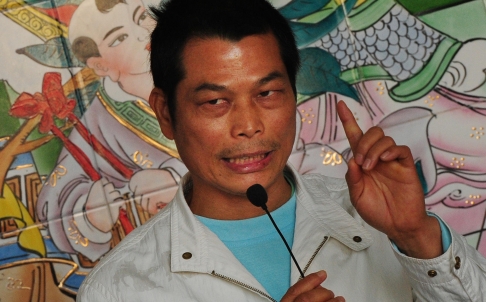 Yang Semao, a protest leader turned deputy village chief in the democratic Petri dish of Wukan, was released on Friday after being detained on suspicion of bribery ahead of local elections. Yang reported last week that the village’s former leaders are staging a comeback amid widespread disillusionment among its inhabitants. From Echo Hui at South China Morning Post:

After his release last night, Yang denied accepting bribes related to village projects, as claimed in a statement by the Lufeng county government, which oversees Wukan.

[…] Some members of the village committee have become disillusioned with politics and their failure to secure the return of lost village land. Yang is only one of the Wukan’s democratically elected grass-roots leaders that has not withdrawn from the election.

“It can’t be just a coincidence,” Wukan activist Zhang Jianxing said of Yang’s detention. Zhang said that Yang had been organising villagers for the election, adding that “many villagers are angry about the return of the former cadres, but are afraid to speak out”. [Source]