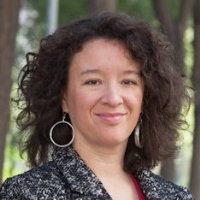 Leta Hong Fincher’s first book Leftover Women: The Resurgence of Gender Inequality in China (Zed Books), sheds light on the issue of women’s rights through the lens of home ownership and marital property rights. Hong Fincher’s research and writing have helped focus media attention on the government propaganda campaign to stigmatize women who wait until they are in their late 20s or later to marry. In her book, Hong Fincher convincingly argues that the campaign is part of a broader effort to ensure “social stability” through eugenics, by encouraging the most-educated and financially successful members of society to procreate early (if not often, thanks to the one-child policy). At the same time, personal real estate in China is most often registered under a man’s name only, even if a wife or her family contributed financially to its purchase. As the book makes clear, the result is a regression in the rights of China’s women, who are often pressured into marriages in which they cede their right to shared property and have few legal protections if things go wrong.

Hong Fincher graciously agreed to answer some questions about her book and her research: China Digital Times: You frequently cite 2007 as the moment when the propaganda campaign against “leftover women” was launched. Can you explain what was happening in China politically then that led to this campaign?

Leta Hong Fincher: In January 2007, shortly before the state media campaign against “leftover” women began, China’s State Council issued its “Decision on Fully Enhancing the Population and Family Planning Program and Comprehensively Addressing Population Issues” to address “unprecedented population pressures.” The State Council named China’s sex-ratio imbalance as one of the serious population pressures because it “causes a threat to social stability.” It also cited the “low quality of the general population, which makes it hard to meet the re¬quirements of fierce competition for national strength.” The State Council named “upgrading population quality (suzhi素质)” as one of its key goals. I argue in my book that the “leftover” women propaganda campaign is in part an effort to convince educated, “high-quality” women to marry and have a child for the good of the nation. The very people the Chinese government would like to see having babies are educated urban women, who would be considered able to produce children with “superior” genetic make-up, and who could presumably provide these children with the most nurturing environment possible.

CDT: You write that the “greatest wealth-building period in Chinese real estate history is over.” Do you expect the emphasis on home ownership in marriage to change as the economy, and especially the real estate market, shifts?

LHF: In 1998, the State Council terminated welfare-based housing allocation to set up a market-based system of home ownership, but China’s real-estate boom didn’t really take off until the mid-2000s, when urban home prices experienced double-digit growth rates. I believe that the period of spectacular wealth accumulation through China’s residential real estate boom has now ended, and in fact most Chinese I interviewed do not expect to make tremendous returns on their investment in an urban home. But China’s financial services industry is still at a nascent stage, and most consumers have nowhere else to invest their money other than in residential property. Urban men and women in their mid-twenties to early thirties still aspire to purchase a home shortly before or after marriage, and very few are opting out of the home-buying norm, if they can afford it. Young people still say they want to buy a home because they want the security that they believe will come with home ownership, and many of them consider home ownership to be a “necessity” (bixupin 必须品), a prerequisite for a sense of belonging to the middle class.

CDT: In this day and age, it is conventional wisdom that urban, educated Chinese, the people you describe in your book, are now too worldly and well-informed, largely thanks to the Internet, to believe government propaganda and the official media on a wide range of issues. So why has the “Leftover Women” campaign resonated so deeply and been internalized so effectively among such a huge proportion of the population?

LHF: I think it used to be conventional wisdom that the Internet would eventually lead to more political freedom in China and weaken the power of government propaganda, but now many scholars and journalists have convincingly challenged that view. The Communist Party has developed extremely sophisticated tools to censor Internet content, monitor Internet users, and use the Internet as a powerful new platform to disseminate its own propaganda. Just look at the proliferation of official Chinese government Weibo sites created over the past few years, numbering well over a hundred thousand now. With regard to the “leftover” women campaign, the Xinhua news agency and other government agencies have been able to deploy their social media accounts very effectively to stigmatize single, educated women. I found that many university-educated, young women have internalized the damaging message that they won’t be able to find a husband once they are past their late-20s. And crucially, the propaganda about “leftover” women is also aimed at the parents and other older relatives of young women, so even if a young woman rejects the sexist media messages, she still comes under intense pressure from her parents and others to get married once she hits her mid-20s.

CDT: Parents obviously play a huge role in marital and financial decisions by people in their early 20s in China. Did you find any difference in attitudes toward marriage among first generation urban dwellers, who may have parents in more conservative, rural areas, and those whose parents were also raised in the large cities?

LHF: My study included first-generation, urban residents who had grown up in a smaller town, as well as young people with a Beijing or Shanghai hukou (household registration) from birth. Most of the people I interviewed in their 20s and 30s believed that they should get married (and buy a home), even if their parents also came from a big city. Whether or not one has an urban hukou has a huge effect on one’s ability to buy a home in that city, due to government restrictions on property purchases imposed in recent years, and my book analyzes the complicated factors involved in Chinese demand for residential property. But I was also struck by the fact that there are some progressive women now living in Beijing and Shanghai who explicitly told me that they refuse to ever get married. Chapter Six of my book focuses on women who are fighting back against gender discrimination, either by getting involved in feminist activism or taking an individual stand against the institution of marriage. Some of these women actually moved to the more cosmopolitan, large cities of Beijing or Shanghai in order to flee retrograde values and family pressure in other parts of the country.

CDT: You say that some younger women are now changing their attitudes toward marriage and their own economic worth in a marriage, so they may not so easily accept the inequalities that currently exist. What are the major forces driving this change in attitude? Did you find any evidence of a change in attitude among men as well?

LHF: I think it’s too early to say whether a critical mass of Chinese women will decide to delay or reject marriage. Statistics show that as women become better educated and want to focus more on their careers, they are increasingly delaying marriage in neighboring parts of East Asia, such as Japan, Singapore, South Korea, Taiwan and Hong Kong. In mainland China, studies so far show that almost everyone still marries by age 35, but statistics are slow to catch up with changes on the ground. Young, educated women and men alike tend to have more egalitarian beliefs about gender than the older generation, but young people are pushed into unequal, gendered home-buying arrangements by their parents and elders when they prepare to marry. And although I interviewed some women who flat-out refuse to marry, I have not yet encountered a heterosexual, Chinese man who argues that women should reject marriage altogether.

CDT: In the last chapter, you profile several activists fighting for women’s rights in China but you quote Zeng Jinyan saying she doesn’t see the possibility of a real women’s rights movement taking shape in China in the near future. Do you agree with her assessment?

LHF: It depends on what you mean by “the near future”. I agree with Zeng Jinyan that I don’t see any signs of a large-scale, nationwide women’s rights movement developing in the next few years simply because the Chinese government is cracking down so hard on political opposition of any kind. Even one of the most radical feminist activists I interviewed for my book said she expects a “very long, drawn-out period of struggle” and that it will take about 30 years to see any “real change” in women’s rights. To me, that’s an awfully long time and that’s a very pessimistic outlook for women. That’s why it’s so important that individual women make choices for themselves to protect their own rights, because the institution of marriage in China today offers them no protection.

CDT: What has the reaction been to your book and your research inside China? Will the book be translated into Chinese and sold on the mainland?

LHF: I’ve received a tremendous response from women in particular on Weibo and some men as well. I also attract a fair amount of hostile criticism from men on Weibo, many of whom say there’s nothing wrong with property being registered solely in men’s names because it’s all in the family and there is no need for women’s names to be included. The trolling on Weibo seems worse than on Twitter. Still, I’ve been very moved by the much larger, positive response from women. Zed has already found a mainland publisher, which is working on a Chinese translation.

See additional interviews with Hong Fincher from BBC, NPR, ChinaFile, Shanghaiist and Open Democracy. Read an excerpt of the book via Women Under Siege. Leftover Women: The Resurgence of Gender Inequality in China will be available on Amazon in the U.S. on May 1.