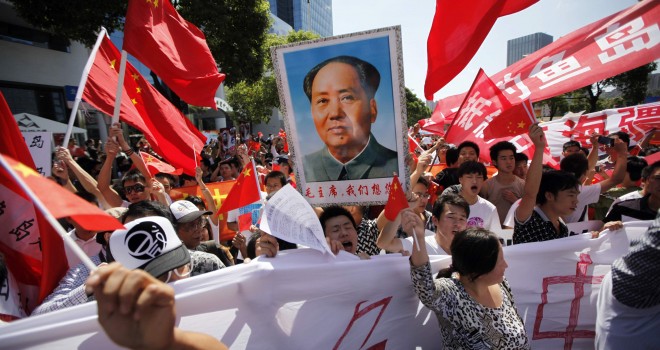 Chubb’s survey data provides a very different perspective on the narrative that often emerges in meetings in Beijing. Chinese analysts and officials are willing to encourage and cultivate—or at least not contradict—the notion that nationalist sentiments are strong enough to constrain China’s foreign-policy options. One prominent example of the nationalist-constraints narrative appears in Susan Shirk’s Fragile Superpower, where many of her footnotes indicate interviews with Ministry of Foreign Affairs officials as the source for this narrative.

While observers must consider the possibility that Chinese officialdom perceives nationalist pressures and acts accordingly, another possibility—that Beijing wants foreigners to believe this narrative—should be considered seriously.

The value of the nationalist constraints narrative is threefold. […]

[…] Beijing may not have collected similar data, and Chinese officials may have followed gamely along with foreign analysts—it is to Beijing’s advantage for foreigners to perceive nationalist threats—or may even feel genuine pressure from what they read. But a benign and innocent reading of how China and the CCP manage outsiders should not be assumed, given that Beijing has a well-developed approach to handling foreigners. At minimum, the data Chubb presented at the Jamestown Conference suggests foreign analysts should be more cautious in their appreciation of Chinese public opinion and what it means for China’s foreign-policy behavior. [Source]

Andrew Chubb is the author of South Sea Conversations, a blog analyzing China’s foreign policy by looking closely at conversations surrounding territorial disputes in the South China Sea. Also see author Yu Hua on the CCP’s “hijacking” of Chinese patriotism (via CDT), or all prior CDT coverage of Chinese nationalism and public opinion.