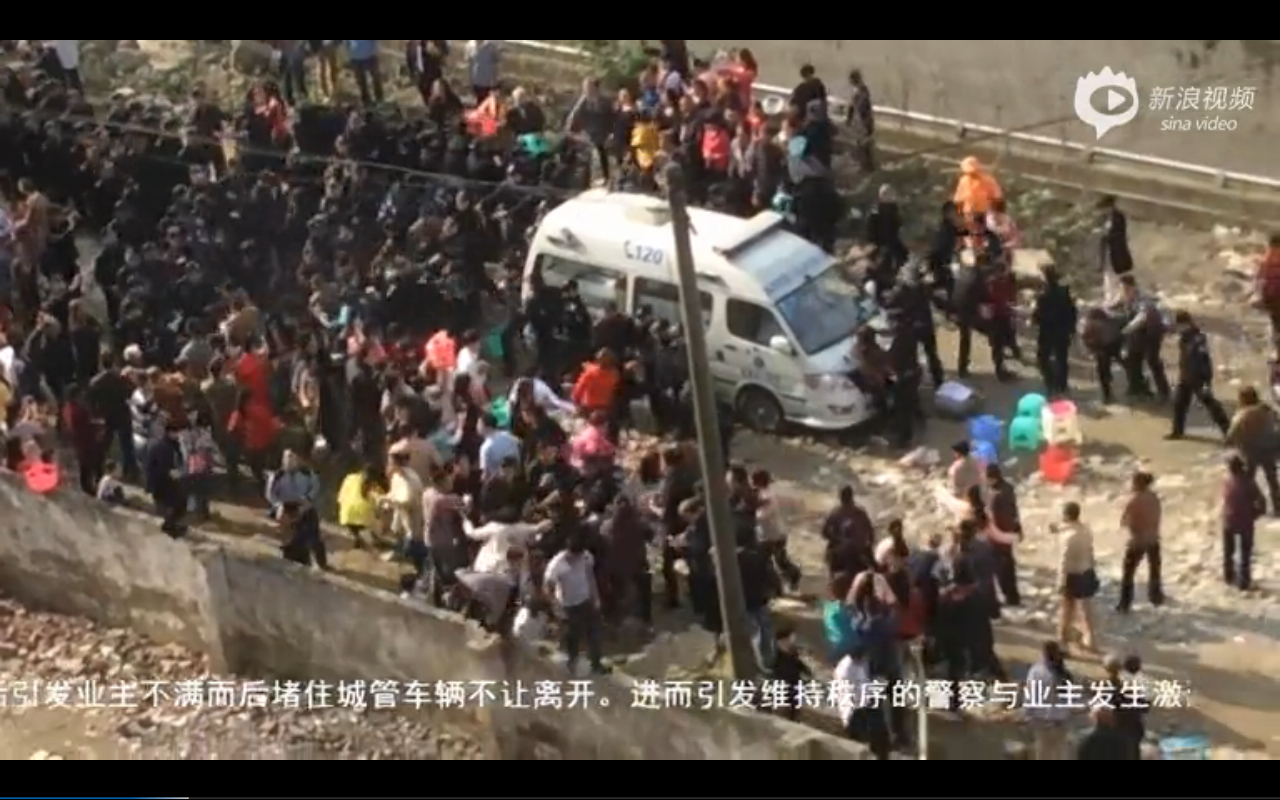 State Council Information Office: All websites are to find and remove the video “Actual Footage of Chengdu Police Surrounding and Beating Homeowners Who Were Defending their Rights.” (April 22, 2014)

The Nanfang Daily explains in this Weibo post, which has been blocked by Sina and archived on FreeWeibo:

Chengdu Police Surround and Beat Homeowners Who Were Defending the Rights: According to @SinaNewsVideo (@新浪新闻视频), homeowners in Rongyu, a residential area of Xingcheng, Qingyang District, Chengdu, had hung banners to protest a railway being built at their doorsteps. On the 21st, chengguan forcibly dispersed the protesters, triggering the homeowners’ resentment. The situation morphed such that the police and security personnel were surrounding and beating the homeowners. Many homeowners were injured. The video shows uniformed personnel surrounding, chasing, and beating people in street clothes, and even a woman being dragged.

Although the video is still available on Sina, the two Baidu search results for “Chengdu Police Surround and Beat Homeowners Who Were Defending the Rights” (成都警察被指围殴维权业主) have been removed from their respective websites. Weibo returns no search results.