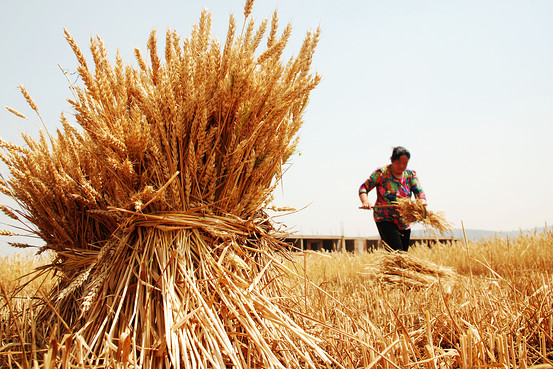 China Real Time’s Chuin-Wei Yap reports the Chinese agriculture ministry’s rebuttal of a February essay, ‘Can the World Feed China?’ by environmentalist Lester Brown. Brown repeated earlier warnings that China’s growing appetites, together with pressures on its domestic supply from water shortages and soil pollution, could force the country into a global “scramble for food,” causing potentially destabilizing price rises. Brown is not alone in his concerns: for example, Damien Ma and William Adams, authors of In Line Behind a Billion People: How Scarcity Will Define China’s Ascent in the Next Decade, warned at Foreign Policy last year that “feeding China’s 1.3 billion people could leave the rest of the world hungry.”

Not likely, ministry spokesman Bi Meijia said in the government’s statement. Mr. Bi said 97% of China’s grain consumption comes from its own output, not imports.

“On the issue of food security, China not only does not pose a threat to the world, but makes a contribution to global food security,” he said. China intends to continue its existing policies, he said.

Mr. Bi said rising grain imports aren’t due to domestic shortages, but because global prices are lower than domestic prices. The ministry also pointed out that imports accounted for just 2.6% of domestic grain production volume in 2013, and just 4% of global output. [Source]