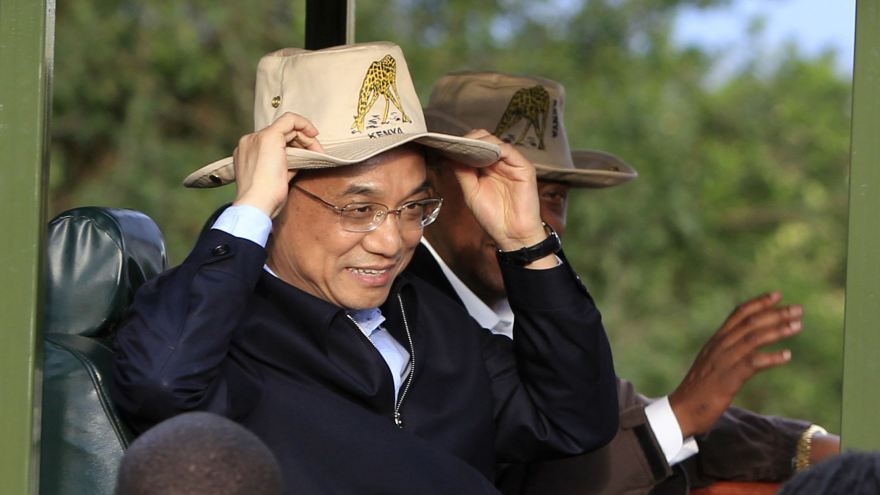 Following Premier Li Keqiang’s recent tour of Africa on which he unveiled new aid totaling at least $12 billion, and as a long-running debate about Beijing’s motives for deepening economic ties with and expanding aid to Africa rages on, Lily Kuo reports that China may be helping to launch a fund that could protect against criticism of Beijing’s Africa policy. From Quartz:

[…T]he Financial Times reported that this week, Beijing and the African Development Bank, a major lender to the region, will announce a $2 billion investment vehicle (paywall) that will open contracts to the best bidder, instead of just to Chinese firms.

“If it’s true…this is a huge change and a very welcome one,” Deborah Brautigam, an expert in China-Africa relations at Johns Hopkins University, wrote on her blog. “I suspect that Chinese firms will still win the majority of contracts but what an excellent tactic by a maturing Chinese leadership to make them compete internationally for their wins.”

Chinese policy banks have have been criticized for awarding projects to Chinese companies who import their own labor to the region. Some African officials have complained about shoddy construction and projects that bring little benefit to the local economy. Beijing has also been criticized for not disclosing how much is given in development aid. Others have labeled China’s behavior in the region “neocolonialist.” […] [Source]

As Chinese aid and investment in Africa swells and the global media continues to analyze Beijing’s engagement with the continent, a post from the Brookings Institution’s blog reminds us of the work of fellow/scholar Yun Sun, presenting eight points helping to display her argument that “overall, Africa’s strategic importance for Beijing remains low.”