Why Did Film Censors Say ‘No’ To ‘Noah’? 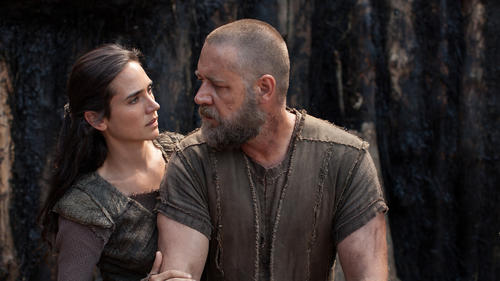 The $130 million dollar Paramount Pictures film “Noah” won’t be screening in China after all.  Julie Makinen and John Horn report at The Los Angeles Times:

The studio even spent about $10 million to convert “Noah” into 3-D, making it more appealing to potentially lucrative territories such as China, Russia, Brazil and Germany.

But “Noah” and his ark won’t be landing in China any time soon. The country’s cinematic censors have refused to give the Russell Crowe movie one of the nation’s limited non-Chinese release slots, two people with knowledge of the studio’s efforts to bring the movie to the mainland said Thursday.

[…] As recently as Tuesday, Paramount believed that the film had been accepted for release in China, according to a person familiar with the process. Director Darren Aronofsky was scheduled to visit the country to promote the film, but now he will travel next week only to Japan, where “Noah” opens June 13.
Another person with knowledge of China’s censorship system said “Noah” may have been shunned partially out of commercial concerns. [Source]

Citing an unnamed distribution source, Clifford Coonan at The Hollywood Reporter finds that China nixed “Noah” for religious reasons but also acknowledges commercial factors that may have played a role:

“This was for religious reasons, though it seems the whole issue was quite complicated,” the source told The Hollywood Reporter.

The movie was due to screen mid-May and was being imported on a flat-fee basis, which means that it did not come under the quota of 34 overseas movies allowed into China on a revenue-share basis.

However, even flat-fee movies have to get censorship approval and this was not to be. Religion is a sensitive issue in defiantly secular China, and the biblical tale was always going to be closely scrutinized. A number of Muslim countries such as Indonesia have already banned the movie.

[…] There are also possibly commercial reasons why Noah was not allowed. Hollywood has been having a strong run in the past few weeks in China, with The Amazing Spider-Man 2 taking a record $10 million on its opening day despite an unofficial blackout to help boost local movies; and Captain America: The Winter Soldier has taken nearly $116 million in China to date. [Source]

Read more about film censorship in China via CDT.