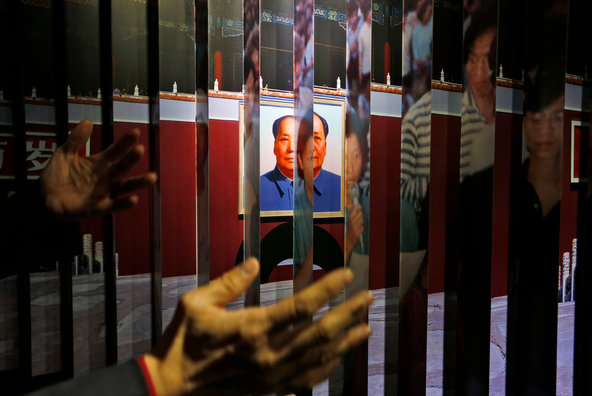 After Hu Yaobang died a quarter-century ago last month, thousands of Peking University students marched to Tiananmen Square, where their assembly marked the launch of the 1989 Democracy Movement. As the spring of ’89 continued, the movement gained pace, and martial law was declared on May 20th. The bloody June 4th crackdown that followed would be thrown down China’s deep memory hole, where it has since remained.

Last Saturday, exactly 25 years after the People’s Daily published a strong condemnation of those protesting throughout mainland China, the June 4 Memorial Museum opened in Hong Kong’s Tsim Sha Tsui—a major tourist destination and likely stop for many of the nearly 40 million mainlanders who visit the semi-autonomous region each year. The museum is sponsored by the Hong Kong Alliance in Support of Patriotic Democratic Movements of China, who hope the museum will educate young mainlanders, many of whom remain largely unaware of June 4th. The AFP reported last weekend from Tsim Sha Tsui, where tension between pro-Beijing protestors and museum supporters was on display:

[…] “The one thing I remember most vividly was that 25 years ago, right after the massacre, Beijing residents told us one thing – that we must tell the true story of what happened to the world,” said Lee Cheuk-yan, chairman of the pro-democracy group which is funding the museum, on Saturday.

Mr Lee dedicated the museum to those who sacrificed their lives for democracy.

The opening was disrupted by more than a dozen pro-China placard-wielding protesters who shouted at organisers outside the building, calling them “traitors”.

“They don’t talk about the Nanjing Massacre and only talk about June 4,” one shouted, referring to an incident in which China says more than 300,000 people were slaughtered by Japanese troops during World War II.

The demonstrators, who called themselves the 6.4 Truth group, said the Alliance presented a skewed account of the crackdown and that Chinese troops were also killed during the incident. [Source]

Members of the 6.4 Truth group aren’t the only ones opposed to the museum. The South China Morning Post notes that neighboring property owners in in Tsim Sha Tsui’s Foo Hoo Centre are seeking a court-ordered closure of the memorial:

Property owners of the Tsim Sha Tsui tower block where a new museum dedicated to the 1989 democracy movement on the mainland is up and running want the courts to bar the use of the unit as a memorial hall.

In a writ, they say the fifth storey of the Foo Hoo Centre, now occupied by the June 4 Museum, is among the floors that cannot be used for memorial or exhibition purposes under the building’s deeds.

[…] Lawyers had advised that the operation of the museum complied with the model of a commercial building, [A]lliance vice-chairman Mak Hoi-wah said.

This week, the Incorporated Owners of Foo Hoo Centre filed the writ to the High Court.

[…] The alliance has said it believes the opposition is a sign of political suppression. [Source]

Coverage from Al Jazeera allows a glimpse in- and outside of the memorial museum on its opening day, and the accompanying report situates the conflict into the wider context of Hong Kong-mainland tension:

“There is a lot of tension between those in Hong Kong and visitors from the mainland,”said Lee, who is also a legislative council member in Hong Kong’s New West Territories. One recent spat, which made national headlines, involved a young, visiting Chinese boy urinating in public. “We cannot accept the behaviour of the tourists or the fact that they are changing the landscapes of our city,” Lee said.

“People just don’t understand each other,” said Jieping Zhang, author of A Year in Wukan to be published this June, which documents that village’s  2011 struggle for democracy against the Chinese government. “Both the people of Hong Kong and mainland China don’t have complete information, due to the Chinese government’s control, so they fight over unbelievably simple questions without the proper context.”

One potential flashpoint in this relationship is the impact Beijing might exert in the election for Hong Kong’s next chief executive in 2017. […] [Source]

Beijing has warned that Hong Kong’s 2017 elections could lead to “disaster.” In recent months, concerns about Beijing using its economic clout to exert influence over Hong Kong’s relatively free press have been on the rise.