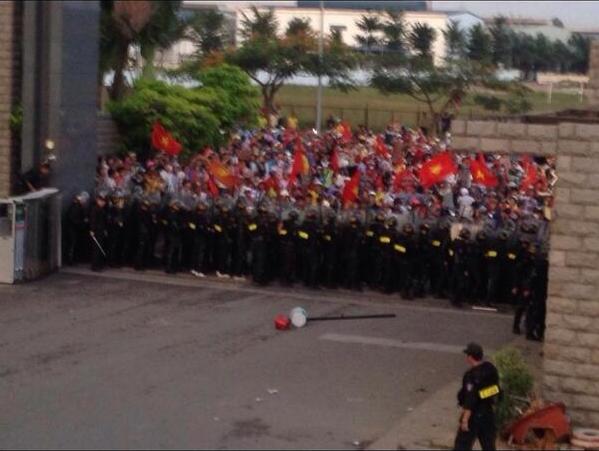 Absolutely do not report on any news related to “Chinese-funded enterprises in Vietnam being attacked by Vietnamese.” Do not republish foreign coverage. Stringently find and delete related news, commentary, and images on interactive [Web] platforms. (May 14, 2014)

Protesters in southern Vietnam, angered by the confrontation between their navy and a Chinese oil vessel in the South China Sea, have set fire to several factories. Many of the businesses targeted by rioters are actually Taiwanese. A propaganda directive issued last week requires websites to “find and delete coverage of ‘the collision of Vietnamese naval ships and Chinese [oil] exploration vessels’ and ‘confrontation between a large number of Chinese and Vietnamese coast guard boats.'”