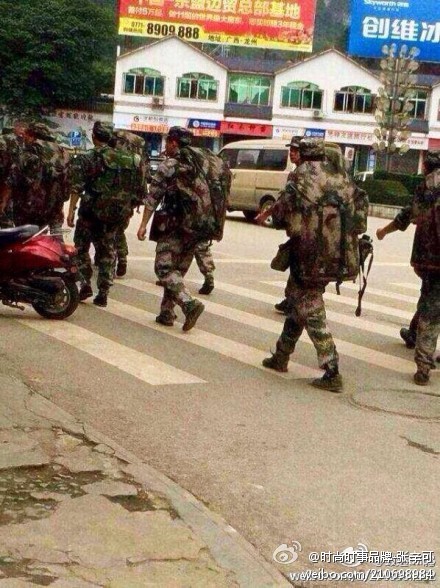 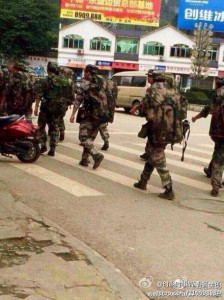 Troops allegedly in Guangxi, near the Vietnamese border. (Weibo)

All websites must take care to delete hearsay about PLA troops massing at the border with Vietnam. (May 22, 2014)

People have posted photos and reports of soldiers, trucks, and tanks allegedly in Guangxi and Yunnan, the two provinces bordering Vietnam. While some overseas Chinese media have reported on the sightings, the PLA denies that it is building up troops on the border [Chinese].

A standoff between a Chinese oil vessel and the Vietnamese coast guard in the South China Sea has triggered anti-Chinese violence in Vietnam.