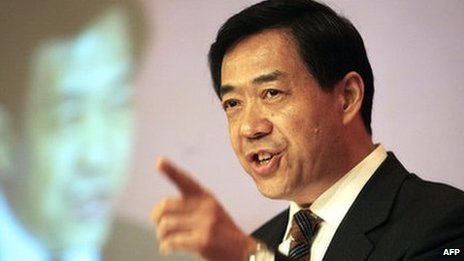 The BBC reports that an investigation in China has found that “more than 1,000 officials in the southern province of Guangdong have spouses or children living abroad”:

China’s state-run news agency, Xinhua, said the communist party in Guangdong had carried out a two-month investigation into a group known as “naked officials”.

The name is applied to Chinese civil servants who have sent family members to live abroad. Some then funnel ill-gotten gains to these overseas relatives, leaving the bureaucrats with few assets in China – or “naked”.

About 200 Guangdong officials had already asked their families to return to China, Xinhua said. Another 866 had agreed to accept demotion, including nine at mayoral level.

One official, surnamed Liu, told Xinhua he had quit his job instead of forcing his wife home from Hong Kong, considered a separate legal entity from the rest of the Chinese mainland.

“I told my parents and my wife about the new regulations of the central and provincial governments, but my wife preferred to live in Hong Kong. As family life is equally important to me, I decided to support my wife and give up my job,” he said. [Source]

At The Financial Times, Demetri Sevastopulo explains the connection between “naked officials” and corruption in China:

The “naked official” phenomenon has become synonymous with corruption in China, as people ask how officials on meagre government salaries can afford to support their family members overseas.

[…] In tandem with his anti-graft campaign, Mr Xi has launched an austerity campaign to force party cadres to cut back opulent spending. It has hit sales of everything from the delicacy hairy crabs and baijiu , a fiery liquor favoured by officials, to expensive handbags, watches and Samsonite suitcases. Government employees have also been told to limit official banquets to “four dishes and one soup”. [Source]