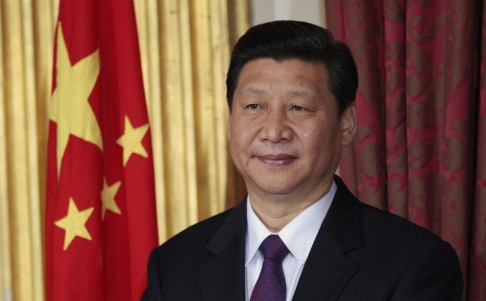 As Hong Kong held a controversial and unofficial referendum on electoral reform Friday, just after the State Council released a June 10 white paper on the “one country, two systems” policy, Shirley Yam at the South China Morning Post reports that Beijing has hardened its stance towards Hong Kong’s autonomy since 2003:

The report, widely believed to have been masterminded by state leader Xi Jinping, said: “High autonomy is not full autonomy. Hong Kong and Macau do not inherit their autonomy. Its roots are in the authorisation of the central government.”

The significance is in the fact that the policies have now been spelt out in an unprecedented white paper issued by the State Council Information Office in six languages.

[…] Do state leaders know that the white paper will push more Hongkongers into fear, anger and even migration? Of course.

However, unlike his predecessor, Xi has little emotional attachment to the “return” of Hong Kong from colonial hands. He sees little chance of regaining Taiwan with the one country, two systems principle and thus recognises the falling value of Hong Kong as a showcase. [Source]

Read also an ex-justice minister’s defense of Beijing’s white paper and also an argument that the white paper may have backfired by sparking more protest, both via SCMP.

At The New York Times, Michael Forsythe, Chris Buckley, and Alan Wong report that on Friday more than 350,000 residents in Hong Kong participated in a referendum on the process by which the chief executive is selected, a move which the Chinese government quickly denounced as “illegal and invalid”:

Amplifying Beijing’s ire over the unofficial vote, a senior official from the central Chinese government’s liaison office in Hong Kong called the ballot “an outright challenge to the Basic Law” that provides the city’s legal foundations, reported the China News Service, a state-run news agency.

The official, unnamed in the report, said the “results of the ballot have no legal efficacy or reference value” and indicated that the Communist Party would not give ground, whatever the result. “No plot by a so-called ‘civil disobedience movement’ to force the central government to make concessions on principles and on its bottom line stands any chance of success,” said the official, according to the China News Service.

Organizers of the referendum say its online voting platform has faced cyberattacks in recent days that have disrupted service and caused delays. Since the vote is informal, the organizers have no way of verifying a person’s identity. And while only permanent residents of Hong Kong are supposed to vote, when the system was tested on Friday there appeared to be no screening mechanism to keep anyone with a Hong Kong identity card number and a mobile phone from casting a ballot. Yet even this informal poll has drawn Beijing’s fury. [Source]

Q.
So how do you foresee the coming months unfolding in Hong Kong?

A.
The coming few months could be very rough. A lot depends on Beijing. If Beijing is determined to deny genuine universal suffrage, then there will likely be protest in Hong Kong. One anticipates that sometime in the late summer or early fall, the Hong Kong government will issue its report on the consultation exercise it just completed. Presumably, it will then issue a report to Beijing declaring that there is a need to change the method for choosing the chief executive, as well as the Legislative Council. Then the central government will respond, offering any guidelines. If either the Hong Kong government’s report, Beijing’s guidelines or any government legislative proposal that follows aims to vet the electoral choice, directly or indirectly, then it seems unlikely a sufficient number of democrats would support the proposed legislation. Protests are also expected, including the occupation of the financial district.

Whether Hong Kong faces public disturbances largely depends on the central and Hong Kong governments. If reasonable proposals that conform with international standards are put forward, then Hong Kong people would probably have little interest in protests over minor aspects. If the government’s bottom line is to deny universal suffrage, then protests can be expected. The severity of protests may depend on how the government handles protests such as the Occupy Central movement. The Hong Kong government might be advised to avoid public anger by responding moderately. Aggressive action would only increase public support for the protesters. [Source]

Also at Sinosphere, Austin Ramzy and Alan Wong report on those who fear protest groups will wreak havoc on public safety as part of the Occupy Central movement, which has been “subject to one of the largest and most persistent DDoS attacks in the history of the Internet”:

A group opposed to the Occupy Central movement, which has threatened protests in Hong Kong’s Central financial district to press its case for electoral reform, has released a video saying such protests would create widespread traffic congestion that would leave the city dangerously mired in gridlock.

The video, which depicts the possibility of civil disobedience as a knife stabbing the heart of Hong Kong, comes amid increasing criticism of the movement by government officials and the Chinese state news media.

The Occupy Central campaign has been critical of Hong Kong’s electoral process, in which the chief executive is chosen by a committee of 1,200 people largely linked to pro-government business interests. The group is calling for more representative elections in 2017, and its leaders say they will organize large-scale protests if the government’s own proposals for electoral change do not meet its standards.

The video opposing the protests was commissioned by Silent Majority for Hong Kong and based on traffic and transport studies commissioned by the group. The studies consider the effect of 10,000 people occupying key streets in Hong Kong’s Central District, said Alex Wong, director of Axon Consultancy, which carried out the studies. “We assume that they would choose the most devastating time and place,” said Barry Chin, an engineer and member of the Silent Majority group. “They wouldn’t occupy a park at midnight.” [Source]

See a video via Shanghaiist on Youtube:  “Occupy Central: The Worst Case Scenario…’they could kill our city'” by the anti-Occupy group Silent Majority HK.