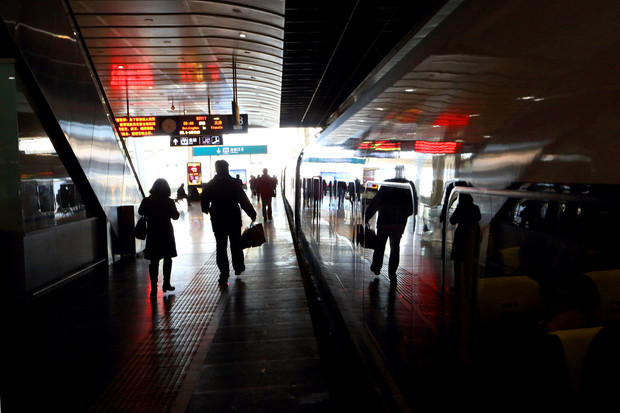 While China often voices suspicion that the U.S. is trying to undermine it, president Barack Obama told NPR in May that “we do not have an interest in stopping China from becoming successful. […] We welcome China’s peaceful rise. In many ways, it would be a bigger national security problem for us if China started falling apart at the seams.” At Bloomberg, David J. Lynch reports a range of responses to Obama’s comments.

“China is undertaking massive transformations that are necessary for modern society, but in every case are socially destabilizing,” said Kenneth Lieberthal, who handled Asian affairs in President Bill Clinton’s White House. “And they’re doing every one of them at a pace, scope and scale no country has ever tried before.”

“The U.S. very much wants to support China’s stability and economic growth,” said Ratner, a senior fellow at the Center for a New American Security. “We don’t engage in certain activities that would undermine their economic and political stability, in part because it wouldn’t be in our interest.”

[…] Rather than indicating genuine concern over China’s stability, Obama’s comments may reflect an effort to soothe Chinese leaders’ suspicions about the president’s decision to devote more attention to Asia, said Andrew Nathan, a China specialist at Columbia University in New York.

Chinese leaders view Obama’s so-called “rebalance” as a sign he wants to prevent the emergence of a rival superpower. By underscoring the American stake in a unified, prosperous China, Obama may be trying to ease such worries. [Source]

Beijing’s objections are not limited to the fear that Washington might engineer its collapse, however. As NPR’s Steve Inskeep and Frank Langfitt discussed, Obama went on to talk about “trying to get China constrained within international rules” (in Inskeep’s words). China sees much of the existing international regime as a cage designed by the U.S. to restrict its rivals. “China has essentially studied how the U.S. has conducted its hegemony,” Stephanie Kleine-Ahlbrandt, Asia-Pacific director at the United States Institute of Peace, told The New York Times last October. “They say that the United States blatantly violates international law when it’s in its interest. China sees this as what first-class powers do.”