China’s Battle Against Google Heats Up 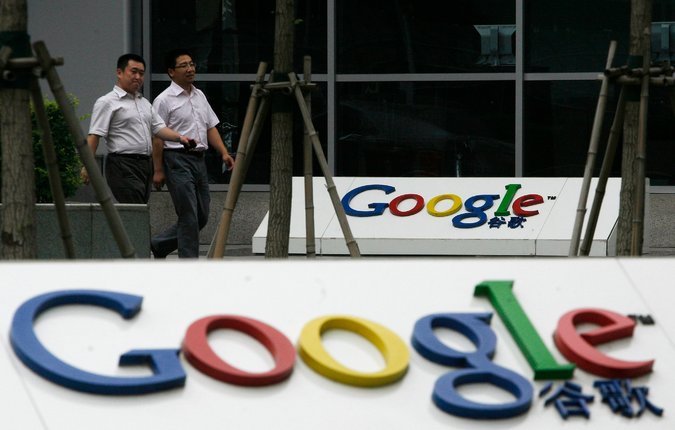 Dan Levin at The New York Times reports that Chinese authorities have blocked Google’s search engines and made other services—including Translate, Gmail, and Calendar—inaccessible. The reported block is believed to be a part of the Chinese government’s efforts to control online discussion as the 25th anniversary of the 1989 Tiananmen crackdown nears.

“This is by far the biggest attack on Google that’s ever taken place in China,” said a co-founder of Greatfire.org, an independent censorship-monitoring website, which published a blog post about the problems on Monday. “Probably the only thing comparable is when the Chinese government first started blocking websites in the 1990s.”

While Internet users in mainland China could reach international versions of Google search until just a few days ago, “all Google services in all countries, encrypted or not, are now blocked in China,” Greatfire.org said in the blog post. These include the Chinese-language version based in Hong Kong, Google.hk, as well as Google.com, Google Australia and others. Other services with no direct search function, including the company’s Picasa photo program, Maps service and Calendar application, were also impossible to reach for most users on Monday. “It is the strictest censorship ever deployed,” the blog said.

[…] In recent weeks, the Chinese authorities have waged a particularly aggressive campaign against those who might seek to discuss or commemorate the events of 1989, detaining dozens of dissidents, scholars and legal defenders. Some of those detained are facing criminal charges, a development that rights advocates say goes beyond previous efforts to stifle public commemoration of the crackdown. In an effort to foil online discussion, code words for the crackdown, including “6-4-89” and “May 35,” have also been blocked.

“They’re locking up everyone that they can and blocking everything they can,” said Jeremy Goldkorn, director of Danwei, a website that tracks the Chinese news media and Internet. [Source]

Read more about activist detentions ahead of the 25th anniversary of the Tiananmen crackdown, via CDT. Compared to the 2012 blocking of Google, which lasted only 12 hours, the current censorship is happening on an unprecedented scale with disruptions already continuing for four days. Reuters reports:

“It is not clear that the block is a temporary measure around the anniversary or a permanent block. But because the block has lasted for four days, it’s more likely that Google will be severely disrupted and barely usable from now on,” the advocacy group said.

Asked about the disruptions, a Google spokesman said: “We’ve checked extensively and there’s nothing wrong on our end.”

Google’s own transparency report, which shows details about its global traffic, showed lower levels of activity from China starting from about Friday, which could indicate a significant amount of disruption. [Source]

While Google’s recent move towards web search encryption makes censorship more difficult, there are measures the company has chosen not to take in tackling Chinese attempts to impede traffic and interfere with services. Greatfire.org has listed several ways for users to unblock Google and access censored content.

There are steps that Google can take to combat this censorship, which they currently choose not to. Google can tunnel through other undisrupted Content Delivery Network services to evade the block. Google can also add censorship evading functions through its popular web browser Chrome. At the moment, even the start page of Chrome will not load in China. But Google can tweak Chrome’s code to bypass censorship.

[…] Before Google decides to make changes however, users in China can use the following method to unblock Google. They can access Google directly using https://203.208.41.144 or add the following content to hosts file.

[…] We made unblockable mirror sites and Apps that can be accessed without any special tools or configuration. Currently, the mirror sites include FreeWeibo, our own project that collected and publish censored Sina Weibo and its unblockable Android app. GFW failed to block our iOS app, but Apple voluntarily took it down. FreeWeibo has a sereis of users’ comments condemning the block of Google, most of which are censored.  China digital times(English/Chinese) and Pao-Pao, all of which produce highly sensitive content but cannot be blocked (of course, all original websites are blocked) without causing serious economic damages. Microsoft, Amazon, and Github have to be blocked, creating serious problems for companies located in China. If our mirror sites are not blocked during this year’s June 4th, it’s fair to say that our collateral freedom approach passes one of the most rigorous tests of censorship and we’re on the right track to defeating GFW and make information accessible to all. [Source]