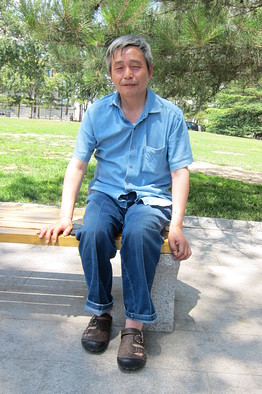 China Real Time interviewed residents of Beijing to hear their views on gay marriage and how Chinese people’s attitudes toward homosexuality have changed over the years. The following is a response from a 59-year-old male dorm administrator named Zhang Yiping:

Do you know any gay people?
No, but I’ve heard that Dongdan Park is their gathering place.

How have attitudes toward gay people changed in China over the years?
Actually, I feel conflicted. On one hand, I’m almost 60 years old now and have been deeply influenced by traditional Chinese culture, so I dislike gay people. But on the other hand, beliefs about individual freedom from the West have considerable impact here now. So as long as gay people don’t cause trouble for the rest of society, I think it’s fine.

Do you support gay marriage?
Marriage is a private issue, which doesn’t have much impact on society, so I think it’s fine.

What if it was your son or daughter?
I don’t think I would be able to accept it. I would probably educate him or her, to remind them that “man and woman is the law of the nature” or tell them that our society’s progress depends on marriage between man and woman. But if that didn’t work, I think I would probably just let it go. They have their own life and fortune, and society is getting more and more tolerant. I can accept 10%, the next generation 30%, it will keep getting better and better. [Source]

Read more on gay rights in China, including how some Chinese have come out against sexuality change therapy.