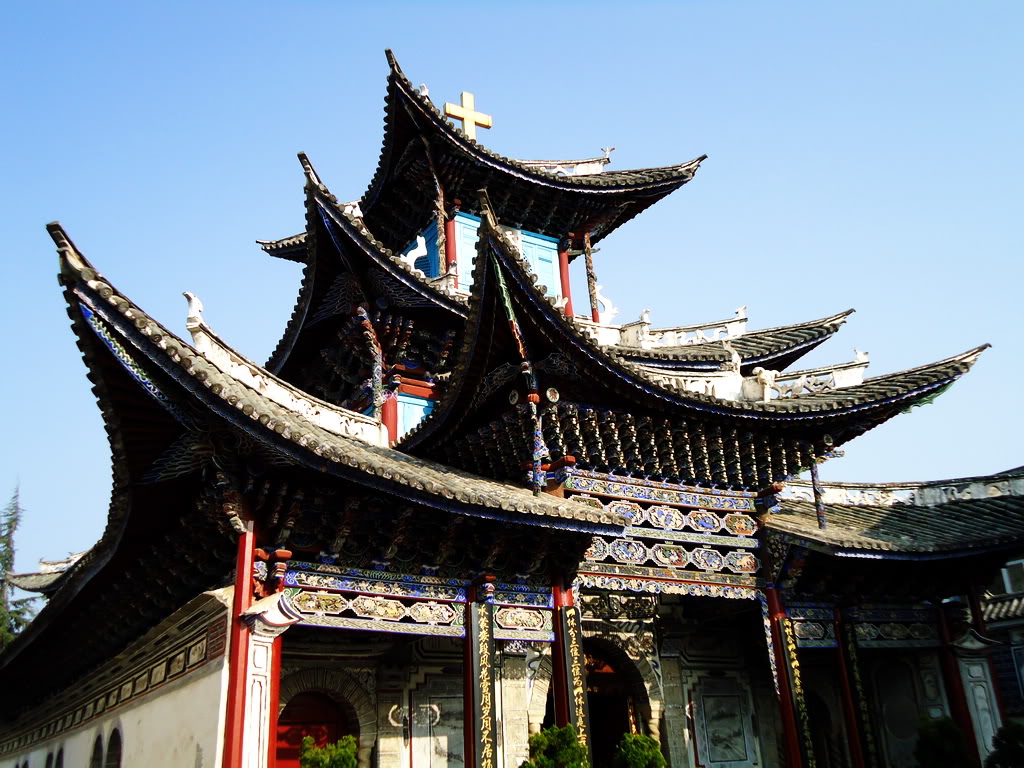 Chinese officials arrested six members of the fringe doomsday group Church of Almighty God, also known as Eastern Lightning (东方闪电), after they killed a woman at a Shandong McDonald’s franchise while on a recruitment drive last month. While the violent recruitment tactics used by these fringe sect members no doubt shocked many in China, so did the apathy of bystanders who did little to prevent the brutal attack. The central government responded by launching a crackdown on “evil cults”—a term which has in the past been used by the government mostly in reference to Falun Gong practitioners. The South China Morning Post reports that over 1,500 alleged cult members have been detained in China over the past two years—hundreds since the McDonald’s attack last month:

Slightly more than 1,500 cult members have been detained and prison terms were handed out to at least 59, the official Xinhua News Agency said. It was not clear when the arrests took place, although the reports said some went back as far as two years.

Reports of the detentions appeared to be an effort to reassure the public following outrage over violence and other illegal activity blamed on cult adherents.

The reports said cult members were given terms of up to four years on charges of “using a cult organisation to undermine enforcement of the law”.

Those detained were allegedly members of the Church of Almighty God and the Disciples Sect, groups drawing on an unorthodox reading of Christian scripture.

Accusations against them included using threats, violence and other illegal measures to expand their memberships and organizations. [Source]

Amid the crackdown, China’s state media has been closely covering the dangers of fringe cults like the Church of Almighty God, tying the group to “numerous robberies and assaults” over a decade ago, and showing the extent of the group’s reach (see Chinese coverage of the Almighty God cult “permeating” Xinjiang and using social media to organize meetings). State media has also warned of the “immediate demand to strike against evil cults,” [Chinese], and published a list of the 14 officially recognized “evil cults” [Chinese]. Meanwhile, Falun Gong-affiliated newspaper Epoch Times notes the extra-legality of the cult crackdown, and recalls government repression of the Falun Gong organization in the late 1990s.

The New York Times reports that some leaders from mainstream Christian groups are nervous that anti-cult sentiment stoked by state media may soil the image of orthodox Christianity, a religion that is rapidly spreading in China:

Leaders of many mainstream Christian churches have condemned the sect for its teachings and heavy-handed recruitment methods. Wu Chi-wai, general secretary of the Hong Kong Church Renewal Movement, said he had heard stories from mainland Chinese pastors who said that Almighty God members sometimes kidnap or lure adherents from other churches by inviting them to religious seminars.

“It is not accepted by traditional churches, including the Protestant and Catholic churches, because it doesn’t let people accept Jesus Christ,” he said in a telephone interview on Wednesday from Hong Kong, where the group is allowed to proselytize. “They claim they have a woman who is more successful than Jesus Christ.”

Still, some Chinese religious leaders worry that campaigns against heterodox groups will spill over and affect congregations that are doctrinally mainstream but unsanctioned by the Communist Party, which seeks to manage all religious activity. Wang Yukai, the pastor of a so-called house church in the eastern city of Dalian, which operates outside the party’s apparatus, said government pressure on his and other congregations had been increasing in recent months. He noted that the authorities in the wealthy Zhejiang Province have ordered the demolition of several churches since March and have called for others to remove crosses, in what many believers say is an effort to tamp down Christianity’s growing influence.

“Chinese government officials who don’t understand religion and Christianity might mistake Allmighty God as something related to real Christianity,” Mr. Wang said in a phone interview on Wednesday. “Normal Christian churches don’t violate the law, so the government needs to find an excuse.” [Source]

While provincial officials deny that recent church demolitions constitute a state attack on Christianity—a faith that could have some 247 million Chinese partitions by 2030, then making China the “world’s most Christian nation”—leaked provincial-level documents have suggested local government efforts to regulate “overly popular” religious activities. At the same time, rumors are circulating that Beijing may engage in talks with the Vatican for the first time since 2010. From the South China Morning Post:

China and the Vatican are preparing to resume a long-stalled dialogue as changes of leadership on both sides have created an opportunity for communication, people close to the Roman Catholic Church said.

But the recent mass demolition of churches – both Catholic and Protestant – in Wenzhou, Zhejiang, and the election of a state-sanctioned bishop in Chengdu, Sichuan, make it doubtful the two sides can bridge major differences, the two people said.

“The atmosphere is quite positive for both sides to restart the dialogue now,” a person close to the Holy See said, highlighting hopes generated by the relatively new leadership in both the Vatican and Beijing. […] [Source]

Catholicism and Protestantism are two of the five nationally recognized religions in officially atheist China. Catholic churches in China, however, are not permitted to be affiliated with Roman Catholic Church, and Protestant churches are likewise forbidden from being linked to overseas religious organizations. Practitioner frustration with the CCP-sanctioned organizations claiming to represent their religion have allowed a “house church” movement to flourish in recent decades.