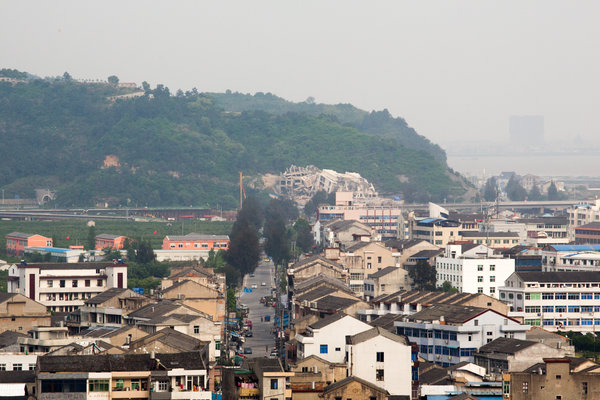 Zhejiang officials denied that the demolition of the Sanjiang church in Wenzhou last month was part of a campaign against Christianity. Demolition and cross-removal orders for other churches followed, but authorities have continued to dismiss concerns as “misunderstandings.” At The New York Times, however, Ian Johnson reports on a leaked document indicating a concerted drive to lower Christianity’s local prominence, at a time when top officials have come to hold an “exaggerated” view of the political threat posed by the religion’s growth.

The nine-page provincial policy statement says the government aims to regulate “excessive religious sites” and “overly popular” religious activities, but it specifies only one religion, Christianity, and one symbol, crosses.

“The priority is to remove crosses at religious activity sites on both sides of expressways, national highways and provincial highways,” the document says. “Over time and in batches, bring down the crosses from the rooftops to the facade of the buildings.”

[…] Officials argued that the [Sanjiang] church violated zoning rules, but the provincial policy paper suggests that argument was a tactical cover. The paper, called “Working Document Concerning the Realization of Handling of Illegal Religious Buildings,” said the policy would face international scrutiny so officials should be careful to cloak their effort under the guise of cracking down on building codes. “Be particular about tactics, be careful about methods,” it said, urging officials to focus on the idea of “illegal construction.” “This is crucial to investigate and prosecute from the perspective of laws and regulations to avoid inviting heavy criticism.”

[…] The provincial government announced this month that it had arrested two Wenzhou officials and was investigating another three in connection with the church. The accusations against them appear to be that they approved the church’s prominent location and size. [Source]

Johnson notes that Christianity has clashed with longer-established religions in China, as well as with the government. Last year, for example, saw reports on the targeting of Tibetan Buddhists by Christian missionaries. See more on Christianity in China from Ian Johnson via CDT. The Telegraph’s Tom Phillips has also been following the church demolitions and Christianity’s growth in China.