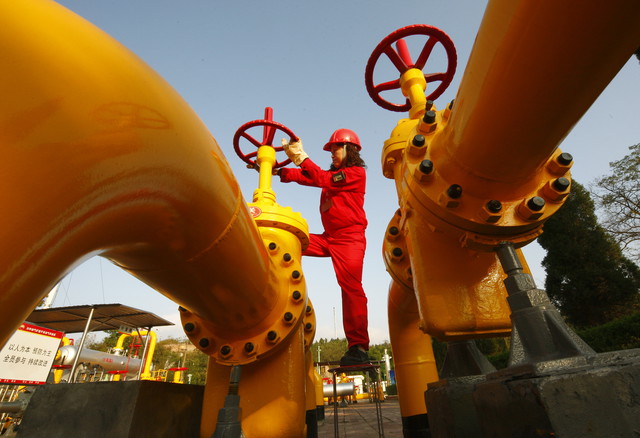 China’s massive energy demands are expected to keep growing as its oil fields continue drying up, and some estimations have 79% of the country’s oil coming from abroad by 2030. After an exceptionally smoggy year, central authorities have declared “war against pollution” and promised a gradual weaning away from coal-fired power. Amid all this and as global debate around the controversial practice of hydraulic fracturing, or “fracking” rages on, China’s massive shale gas reserves are becoming an increasingly attractive source of energy.

Prior to an Asia Society discussion about China’s nascent fracking boom, Mother Jones and Climate Desk offer a preview of an upcoming series on the topic. Sitting on a panel moderated by Climate Desk’s James West are Asia Society’s Orville Schell, director of Gasland Josh Fox, and Mother Jones reporter Jaeah Lee.

Prior to the discussion, Asia Society posted an interview with Jaeah Lee and James West about their research, in which they touch on U.S.-Chinese cooperation on fracking, local opposition to the practice, and its costs and benefits:

How do China and the United States’ natural gas reserves compare in terms of size and accessibility? How are the two countries working together to develop this industry?

China has bigger reserves than the U.S., according to early estimates. But what we’re told is that getting to them is the big challenge — they are deeper and buried in much more complex terrain than in the U.S. (And anyone who has been on a hair-raising car ride through remote Chinese villages knows, the roads and infrastructure aren’t very good.) So that’s where the U.S., through government forums and private joint ventures, is taking a big role: sharing knowledge with their Chinese counterparts on the best ways to do this, not without the promise of a handsome reward at the end of it: lots of natural gas.

[…] A vocal opposition in the States is calling awareness to environmental problems caused by fracking. Are similar voices emerging in China? How aware were the local Chinese people you met with, of the environmental effects of this industry?

Are people aware? Yes. The villagers who lost their land to fracking wells felt done-over by the takeover, as well as the obvious environmental problems. Would they call themselves environmentalists? No. Their concerns are much more practical: the health of their families, their crops, the quality of the air they breathe and the water they drink, the compensation they were promised for their land. But that doesn’t mean there isn’t a growing environmental consciousness in China, especially among young Chinese people, and especially in the cities, where the air pollution is most visible and a growing middle class more vocal about their needs. The willingness to start organizing around environmental issues was really inspiring. […] [Source]

State-of-the-art American fracking technology is coming to China’s vast shale deposits as a result of a joint venture between FTS International and Sinopec announced on Tuesday.

SinoFTS, as the joint venture will be called, marks an important milestone on the road to exporting the North American shale revolution around the world.

[…] “SinoFTS will serve both Sinopec and other exploration and production companies throughout China,” FTSI announced.

The joint venture will initially concentrate on Sichuan, China’s most promising shale play, with operations expected to commence there in 2015, but it expects eventually to deploy its fleet of pressure pumping equipment to sedimentary basins throughout China.

[…] China has the largest technically recoverable shale resources in the world, according to updated estimates published by the U.S. Energy Information Administration and Advanced Resources International in 2013. […] [Source]