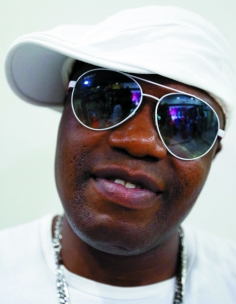 At HuffPost Live, journalist Howard French speaks about the themes in his book “China’s Second Continent”:


Also, at the Asian Review of Books, Director of the China Studies Centre at the University of Sydney Kerry Brown reviews “China’s Second Continent”:

French raises a number of interesting angles. Resources matter in the Chinese adventure in Africa, but in the longer term it will probably be the emerging market for Chinese manufactured goods that will be more important—that, and the abundance of unexploited arable land which is of such interest to a China that has largely despoiled or built on its own farmland.

Nor is there much credibility in the idea of some grand state strategy run from Beijing. The evidence French finds is of a continent being economically conquered by hundreds of thousands of Chinese coming for different reasons, chasing different dreams, and with very little relationship with the government and ruling party of the land they have left. Many complain that the Chinese state, far from helping in their business conquest of Africa, acts as a brake and impediment, taking steps they believe far too modest and cautious in a place where opportunity is everywhere.

And for Africans, long figured as passive agents in all of this new activity, French has a prescient warning. Chinese activity is morally neutral. It can do great good, but, for those naïve or unskilled in dealing with it, it can also do harm. Elites can grow corrupt and venal on the wealth China is bringing, and allow their countries to grow vulnerable and be easy to exploit. [Source]

At The South China Morning Post Magazine, Jenni Marsh explores African-Chinese relations on a more personal level by looking at marriages between African immigrants and Chinese in Guangzhou:

While Okonkwo’s dream of becoming Chinese through matrimony is futile – the Guangzhou Public Security Bureau (PSB) denies African husbands any more rights than a tourist – his children, should he have any and they be registered under Tsang’s name, will possess a hukou residency permit and full Chinese citizenship.

[…] Despite their eligibility, most African grooms in Guangzhou marry Chinese economic migrants whose disapproving families reside far from the city. In business terms, it is the ideal merger, says Lin, who believes most Afro-Chinese marriages are a cynical play for better business.

“Opening a shop is very difficult for foreigners,” she says. “You need a Chinese passport or the landlord will ask for a bribe. A Chinese wife can speak to suppliers. It’s useful to have a Chinese partner.

“Many Chinese women want to marry Africans because they are from poor rural areas, often Hunan or Hubei provinces. Marrying a foreigner is a way to upgrade their social status, because the Africans have money.”

Instead of taking a factory job, a Chinese woman who marries an African man often becomes head of his wholesale shop, should he open one, and a key player in his export business. [Source]