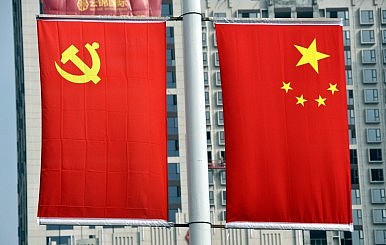 In a pair of posts at The Diplomat, Shannon Tiezzi examines signs of a drive to regulate the Party’s recruitment, advancement, and other internal processes:

The new focus, according Xinhua, will be on quality rather than quantity. The new rules formalize a requirement floated in January 2013 to limit the size of the CCP to provide for more “prudent” and “balanced” growth. The current CCP has over 80 million members, but there’s a growing concern about the number of “unqualified members,” including corrupt officials as well as those who otherwise fail to meet Party standards. Accordingly, the new rules will seek to dismiss current members who are seen as undesirables, while also raising the standards for new members going forward.

[…] The new rules on recruitment are only part of a larger trend in which the CCP leadership attempts to assert more control over the Party. Last year, the Party changed the way Party rules are created — documenting formal procedures for the first time in the CCP’s history. As South China Morning Post reported at the time, many analysts saw the move as Xi’s attempt to bring the “rule of law” to bear on the CCP itself. As with many of X’s reforms, the reform of the Party itself is designed to give the central authorities more control over various local and grassroots branches. [Source]

In fact, no one is really sure that such “systems” and “processes” [for “selecting and promoting officials” and “decision-making and feedback collection,” referring to a recent Xinhua essay by Eric X. Li] exist. Of course the Party does these things — it selects new leaders, creates policy, and evaluates existing policies. But is there really a system in place for doing so? Or is the CCP, especially at the top level, simply a battleground among different factions, where personal influence determines the outcome? Was Xi Jinping, for example, selected as the CCP’s top leader through an institutionalized process (albeit one that has never been revealed), or did he simply emerge as the victor in a bruising political battle?

[…] Currently, what little evidence we have suggests there are no formal policies for the highest-level decisions. According to Western media reports, the Bo Xilai scandal was resolved through backroom negotiations and bargains among different factions, some of whom supported Bo, some of whom wanted him gone. To many observers, the Bo case was proof positive that there are no institutionalized policies for dealing with problems. As CCP analyst Russell Leigh Moses told the Christian Science Monitor at the time, “The political culture here is like the traffic; there are just enough rules to prevent chaos.” [Source]

As in China as a whole, any injection of “rule of law” within the Party is likely to mean rule by law: a means of control by, not of, those at the top.