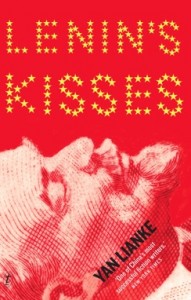 Dong Fangyu at China Daily writes that a shortage of competent translators is hampering Chinese literary works from reaching a wider international audience.

There are about 60,000 translators, with 10,000 people employed in work related to translation. Yet, those fully capable of translating from Chinese number less than 10 percent of the total, according to the China Press and Publishing Journal.

With the help of the Project for Translation and Publication of Chinese Cultural Works, some 373 books in six languages have been published in nine countries and regions in three years.

But many Chinese novels that have won top prizes and been well received in China face delays in getting published abroad due to a lack of good translators.

Take the example of the novel Shou Huo (The Joy of Living) by Yan Lianke. Although copyright contracts for it were signed with publishers from Japan, France, Italy and the United Kingdom in late 2004, to date none of the four translated novels have been published, as no competent translators are available. [Source]

At Altaic Storytelling, writer and translator Bruce Humes looks at the implications of Dong’s claims and provides another perspective on the issue.

This is a claim rich in implications:

I use the word “claim” above because Dong Fangyu hasn’t bothered to get her facts straight. As noted in a discussion at Paper Republic, Yan Lianke’s novel Shòu huó has already been translated into French (Bons baisers de Lénine) and English (Lenin’s Kisses).

[…] It’s also ironic that Dong Fangyu should choose Yan Lianke’s works as an example of those “well received in China” but that “face delays in getting published abroad due to a lack of good translators.”  In fact, Yan’s 《为人民服务》(Serve the People) is banned in China, and his 《丁庄之梦》(Dream of Ding Village) was initially banned and then available in China (briefly) in censored format. Both are available uncensored in English and French, and the former is out in German too (Dem Volke Dienen). [Source]

China currently receives more books translated from English and other foreign languages than the number of translated Chinese works that the country exports. See more on translation via CDT.