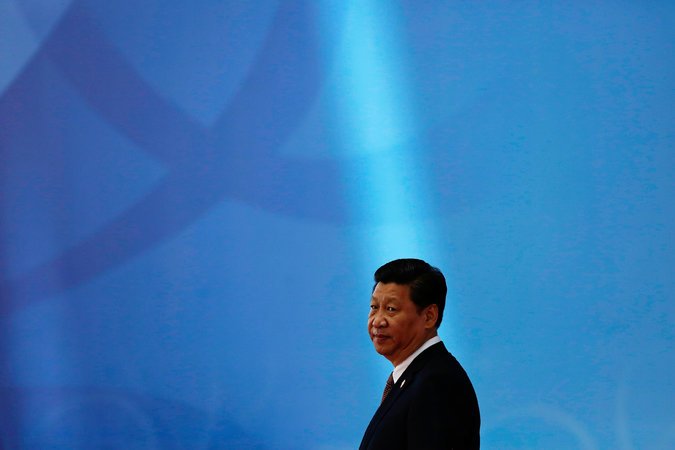 At The New York Times, Michael Forsythe reports pressure from president Xi Jinping on his wealthy family to jettison investments, both to set an example and to reduce the risk of political damage to himself.

As President Xi Jinping of China prepares to tackle what may be the biggest cases of official corruption in more than six decades of Communist Party rule, new evidence suggests that he has been pushing his own family to sell hundreds of millions of dollars in investments, reducing his own political vulnerability.

[…] After taking power, Mr. Xi vowed to do battle with the “tigers and flies” — senior and petty officials engaged in corrupt or unseemly business activities — to shore up the party’s credibility. But there are doubts that he could carry out a wholesale crackdown on financial dealings by ruling families, who are deeply enmeshed in the state-driven business culture of the country.

[…] “It is a minimum thing — he must do this,” Mr. Ding [Xueliang, a professor of politics at Hong Kong University of Science and Technology] said. “If he doesn’t do this, it is very hard for him to convince other families to be more self-disciplined.”

[…] The subject remains politically charged in China. Even while Mr. Xi’s relatives were selling off assets, those calling publicly for more disclosure have been punished, including the lawyer Xu Zhiyong, who was given a four-year jail sentence for gathering crowds to disturb public order. The websites of The Times and Bloomberg, which have both reported on elite shareholdings, have been blocked in China for many months. [Source]

This is for my former colleagues at Bloomberg who broke the story on the Xi family fortune 2 years ago this month http://t.co/7wVa0q2Jtz

Bloomberg published a pioneering investigation of Xi’s family’s wealth in 2012, but its management later backed away from such aggressive reporting. Forsythe, who had contributed to the Xi story, later joined the Times, which was the first to report the alleged self-censorship. The Times’ David Barboza conducted an exposé of then-premier Wen Jiabao’s family’s business dealings in 2012, followed last year by reporting on Wen’s daughter’s ties to JPMorgan Chase. As a result of these pieces, both organizations were at the center of a stand-off over press cards and journalist visas late last year. More recently, Forsythe and Barboza reported together on billionaire Xiao Jianhua (see a censorship directive targeting their article), who also appears in the new piece above.

A 2012 Asahi Shimbun series on “China’s Red Aristocracy” noted reports from the U.S.-based Duowei News regarding an earlier withdrawal from the family’s business interests led by Xi’s mother, the wife of former vice-premier Xi Zhongxun:

According to the site, Qi Xin told Xi Jinping’s siblings and their spouses not to use his name in their businesses during a family meeting at the end of 2008. In March [2011], she reportedly demanded that they wash their hands of all businesses.

Xi Jinping was appointed a member of the all-powerful Politburo Standing Committee at the 17th Party Congress in October 2007, becoming the front-running candidate for the country’s next paramount leader.

His mother argued that members of his family should not do anything that could raise suspicions that they may be accumulating wealth by taking advantage of Xi’s political influence.

Qi Xin went so far as to warn that she would go after anyone in the family who violated this principle.

The members of the Xi family apparently got the message. [Source]