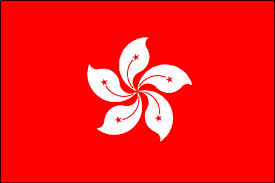 As advocacy groups note Beijing’s increasing influence over the media in Hong Kong, and after recent violent attacks against Hong Kong journalists, the Hong Kong Journalists Association declared the past year the “darkest for press freedom” in several decades. Meanwhile, with tension flaring in the semiautonomous region between pan-democratic and pro-Beijing camps, media organizations supporting the former are facing increased financial pressure. Over the weekend, pro-democracy website House News shut down, and the founder noted his “terror” amid the “ongoing political struggle.” House News’ closure had to do with a lack of advertising revenue—according to founders, advertisers weren’t buying space on the popular website due to their criticism of Beijing. Last month, Apple Daily/Next Media owner and founder Jimmy Lai Chee-ying said that HSBC and Standard Chartered had pulled millions of advertising dollars from the popular HK newspaper known for overt criticism of Beijing; while the banks denied any political motive, the media company said their coverage of recent Hong Kong protests was the likely cause. Last week, the South China Morning Post reported on leaked files showing that Jimmy Lai had donated over HK$10 million to pan-democratic parties and politicians over the last year:

Hundreds of records detailing millions of dollars in donations to pan-democrats by the Apple Daily’s founder have been leaked to the media, a move the camp slammed as a “smear campaign”.

[…] Reports in pro-government media claimed that Lai – who is known for his critical stance against Beijing – had manipulated pan-democrats and was “colluding with foreign countries to provoke unrest in Hong Kong”.

[…] “It’s always been clear … that I support the pan-democrats. Saying I have stirred up trouble in Hong Kong? I don’t think so … I am only supporting [the groups] which would help the city,” Lai said on Apple’s online talk-show Hammer Out yesterday. [Source]

It has long been known that big business in Hong Kong, obviously worried about Big Brother over the border, has boycotted Apple Daily, the territory’s most popular newspaper, because of the rocky relationship of its owner, media tycoon Jimmy Lai Chee-ying, with Beijing.

But just how much Lai has been hammered turned up this week in 900-odd files apparently hacked from his personal computer and leaked to several pro-Beijing publications. What has happened to Lai is increasingly emblematic of the pressure that a wide range of Hong Kong’s independent press is under. That pressure stems from both local and Chinese governments, oligarchic owners and thugs employed by unknown sources to beat them up.

In February, Asia Sentinel reported that the press faces slow but relentless erosion of what has long been regarded as not only the freest and most diversified press in Asia outside Japan but what has traditionally been the most important listening post on China itself. That is critical today with the Chinese government cracking down on the New York Times and Bloomberg for reporting critically on the vast riches amassed by members of the families of China’s top leadership. And, as pressure increases on the Hong Kong and international press, the need for a free press is growing. […] [Source]

The 900 leaked documents were obtained by cyberattacks on Lai’s personal communications. Another article from the Sentinel describes this as just the most recent hacking assault in a campaign Against Hong Kong’s press and pro-democracy movement, about which the Hong Kong government has so far remained silent:

The Hong Kong government is maintaining a sullen silence in the face of military-grade cyber-terrorism unleashed over recent weeks against pro-democracy activists and the press. There has been no official protest over violations of Hong Kong’s Internet infrastructure or invasion of privacy of its citizens.

[…] Media baron Jimmy Lai Chee-ying, the publisher of the hugely popular Apple Daily and Next magazine, which champion “true democracy,” had his computers hacked and phone conversations wiretapped, probably by unknown figures in China, although that can’t be proven. About 900 documents detailing his donations to democracy groups were leaked to pro-Beijing publications, with comrades baying for investigation into Lai’s contributions – which are not illegal under any law in Hong Kong.

[…] The Lai hacking follows barely a month after a massive distributed denial-of-service (DDoS) attack in June to derail the servers and networks of the mock public referendum organized by the citizens’ movement Occupy Central on methods to elect the 2017 chief executive. The PopVote project was designed jointly by the Public Opinion Program of the University of Hong Kong and the Social Policy Research Centre of the HK Polytechnic University.

Matthew Prince, CEO of CloudFlare, which volunteered cyber security for PopVote, was astounded by the “stunning amount of traffic,” which reached 300 gigabits of data/sec at peak, making it the second highest DDoS attack ever recorded in internet history. The largest reached 400 gigabits/sec. Apparently about 40 percent of the assault had been re-directed to local Hong Kong systems using the “.hk” domain name, causing overall downgrading of network performance beyond the specific targets of the hacker army.

These two high-profile violations unhinge the territory’s reputation for data security and right to privacy for individuals, groups and corporations. Almost overnight, all assumptions of a “safe zone” for data integrity have been shredded. The scale and brazenness of the targeted cyber-assaults have stunned the usually vigorous and hyper-alert legal community and journalists. No one knows what to make of the silence from the government of this international financial center on such fundamental rights. […] [Source]