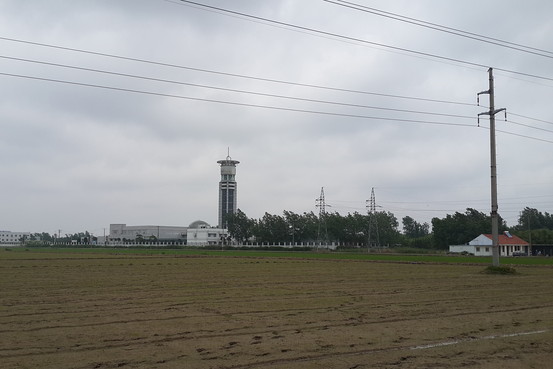 While the U.S.’ recent indictments against five alleged PLA hackers targeted the human side of China’s repeatedly disavowed cyberespionage forces, The Wall Street Journal focuses on its physical infrastructure, identifying a number of facilities thought to house the Third Department of the People’s Liberation Army’s General Staff Department, or 3PLA. From James T. Areddy, Paul Mozur, and Danny Yadron:

At some 3PLA units in Beijing and Shanghai, where arrays of satellite dishes often dwarf the walls surrounding them, visitors face stiff-faced guards and written warnings. Security is less tight at others, including a farm field that sprouts dozens of thin radio towers next to a base in northern Shanghai. Outside Beijing, a 3PLA base thought to primarily monitor Europe operates from a secret town tucked into a mountainside and hidden behind a dozen normal-looking residential towers—though its more than 70 structures and soccer field can be seen from nearby hills.

[…] Coordinates for 61800’s likely “collection facilities,” provided by Mr. Stokes, lead toward another Shanghai district known for a large steelworks and on to a zigzagging lane not shown on some maps. Near a large prison, a well-guarded PLA facility ringed by high walls containing more than a dozen satellite dishes. The surrounding onion fields bristle with dozens of thin antennas that are interlinked with cable to form big radio-reception nets.

And at the edge of a nature reserve for migrating birds on a Shanghai island, a sign bearing the PLA’s logo and marked “Unit 61398” warns against digging because of an “optical cable for national defense underground.” A stone’s throw away is where major Chinese links to the Internet, including the China-U.S. Cable Network and Trans-Pacific Express, enter China after crossing from Oregon. [Source]

At the newspaper’s China Real Time blog, Areddy focused on this last installation.

Adjacent to Chongming’s Dongtan national bird sanctuary, a space-age tower marks the landing station for a behemoth telecommunications backbone called the China-U.S. Cable Network and possibly a newer and faster network called the Trans-Pacific Express that also comes ashore on the island.

[…] The U.S. government in 2008 put the Chongming landing station on a short list of infrastructure works that it considered critical for national security but beyond U.S. control, according to a diplomatic cable released by WikiLeaks.

For more on the history of submarine cables and the physical infrastructure of the Internet, see Neal Stephenson’s 1996 epic at Wired magazine, Mother Earth Mother Board.