Voting in China, a Distant Dream 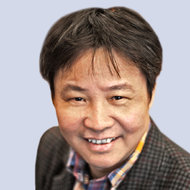 In the New York Times, Yu Hua writes that most Chinese, including himself, have never even seen an election ballot:

“Because you have already been represented,” he was told. “The N.P.C. delegates and C.P.P.C.C. members are voting as your representatives, even though you have no clue who they are.”

“Oh, so that’s how it works. Thanks very much!”

I remember that about 10 years ago, our television news liked to broadcast scenes of smartly dressed Japanese and South Korean lawmakers brawling in their assembly chambers, so that we could witness the loutish, uncivilized behavior of elected representatives in capitalist countries. Later, a set of photographs taken at various congresses around the world began to circulate via the Internet in China. In other countries, delegates could be seen quarreling or fighting, and it was only the N.P.C. and C.P.P.C.C. delegates in China who maintained perfect composure — they would close their eyes and drift off to sleep in midsession. [Source]