Will China’s Rise Lead to War? 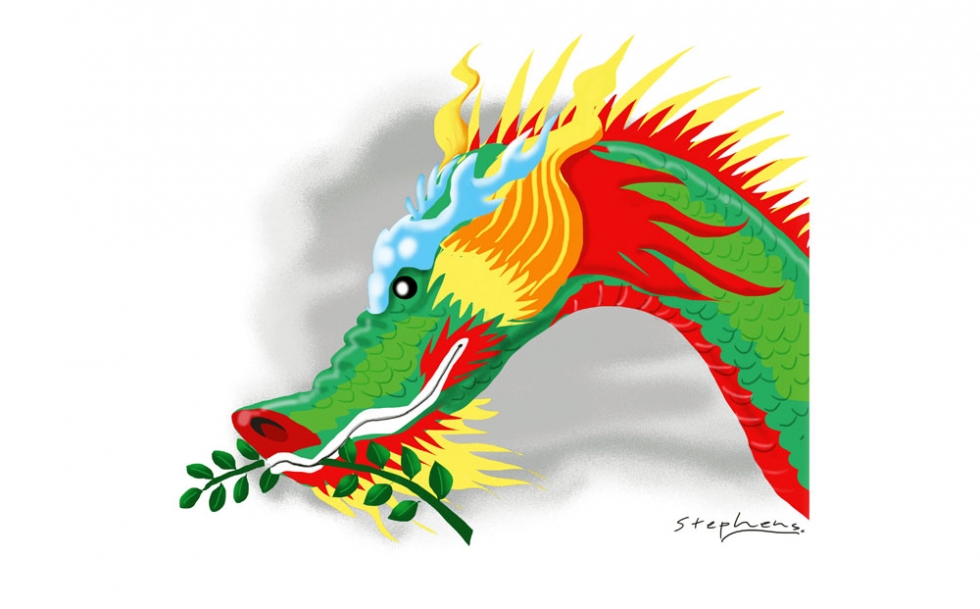 As the country’s new official map indicates, China’s assertion over its maritime claims and disputed territories signals the country’s intended ascent to great power status. David Tweed at Bloomberg reports that China is expanding its naval power to ensure that the country’s rise is not impeded by a maritime blockade.

Admiral Zheng He is everywhere in China these days, even though he died almost 600 years ago. The government is promoting him to remind its people — and Asia — that China’s destiny is to be a great naval power.

[…] The expeditions are in the spotlight in official comments and state media as China lays claim to about 90 percent of the South China Sea and President Xi Jinping seeks to revive China’s maritime pride. In doing so he risks setting up confrontations with Southeast Asian neighbors and the U.S., whose navy has patrolled the region since World War II. Geopolitical dominance of the South China Sea would give China control of one of the world’s most economically and politically strategic areas.

“The Chinese believe they have the right to be a great power,” said Richard Bitzinger, a senior fellow at the S. Rajaratnam School of International Studies in Singapore. “What we are seeing is a hardening of China’s stance about its place in the world.” [Source]

It remains unclear whether China’s rise will increase the probability of war. Jean-Pierre Lehmann at South China Morning Post looks at why historical patterns of countries’ rise to world power show that China’s quest for a peaceful rise will likely be fraught with challenges.

In looking back over the past 500 years, it is clear that the narrative of the peaceful rise of a great power has never been written. Every single rising power from Portugal to the US has been bellicose, brutal and at times barbaric. It was after they had caused disorder that they sought to impose order – their order. If China wants a model of “responsible stakeholder”, the fact is that it does not exist.

The term “China’s peaceful rise to great power status” was coined by Chinese thought leader Zheng Bijian in 2005. The future of humanity very much depends on whether, as it rises to become a great global power, China will behave with the same ruthless cynicism and cause as much misery and mayhem as its nine predecessors, or whether it will break the pattern and tear asunder the great-power-rising paradigm by rising peacefully.

It’s a tough challenge; especially, I repeat, as there is no precedent, no guidebook one can take off the shelf, no historical mentor one can turn to. Whether China ultimately succeeds or fails will of course greatly depend on China, but it will also depend on the attitudes and acts of the existing and erstwhile great powers. Western sermons are not helpful. To construct a better and more peaceful world, a collective constructive approach is quintessential. As is a degree of humility on the part of the Western powers (and Japan). They should recognise that they did not rise peacefully and indeed, as they rose, China was abused. This might go some way in avoiding a Chinese syndrome of revenge. [Source]

As the Obama administration undertakes a strategic pivot to Asia, China is pressing ahead to increase its own clout in the Asia-Pacific region with moves to establish its own development bank and reopen the Silk Road. From South China Morning Post:

While Chinese leaders have not given the growing list of initiatives a label or said they had an overall purpose, Chinese analysts and diplomats said Beijing appeared set on shaping Asia’s security and financial architecture more to its liking.

[…] Another Chinese initiative is the US$50 billion Asian Infrastructure Investment Bank, which Xi proposed in October during a visit to Southeast Asia.

Finance Minister Lou Jiwei said this week that Beijing would likely have a 50 per cent stake in the bank, which diplomats see as a possible rival to the World Bank and the Asian Development Bank (ADB), though China says its role is a complementary one, not competitive.

[…] China has also dangled financial and trade incentives to Central Asia, backing efforts to resurrect the Silk Road trade route that once ran between China and the Mediterranean. [Source]