Beyond the Dalai Lama: Woeser and Wang Lixiong 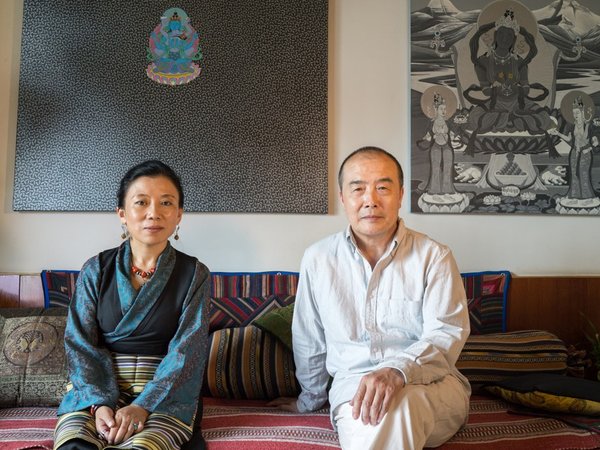 In a two-part interview at The New York Review of Books, Ian Johnson talks to Tibetan writer Tsering Woeser and her husband, author Wang Lixiong. They discuss Chinese policies in Tibet, Xinjiang, and Inner Mongolia; the failure of the Dalai Lama and Lobsang Sangay’s political strategies; the lack of “substantive relationship” between Tibetans in Tibet and in exile; and the gradual emergence of Woeser’s sense of Tibetan identity. Wang concludes:

In the future what I’m most worried about is that there will be more senseless killing like the Uighur attacks in Kunming, or that Chinese soldiers will continue to kill Uighurs indiscriminately in Xinjiang. We want to avoid this kind of bloodshed. But can we start a real dialogue to avoid the bloodshed? We need a dialogue but the moment we start one, it’s cut. We started a dialogue between Chinese netizens and the Dalai Lama but they closed it down. We had a discussion with Ilham [Tohti, the Uighur academic] and he was arrested. So even though we’re working hard, we’re not succeeding because we’re too weak compared to the government.

So what do we do? We have to keep trying. But will it result in anything? Will there be an effect? We can’t control it. So in a way every society, every country has its fate. This fate is perhaps something we can’t control. We can only do what we must do. At least we can tell our heart, I did what I could. [Source: Part 1, Part 2]

Woeser also describes her repeatedly unsuccessful efforts to visit Lhasa. This week, she tried again. Radio Free Asia reports that she was detained and intimidated at the airport for three hours on Friday, and that her 72-year-old mother had also been interrogated. She was allowed to stay in the city, but “the authorities told me that they would ‘take actions’ if they found my conduct during my stay in Lhasa unacceptable.” The couple were recently kept under house arrest for two days in Beijing to prevent Woeser from meeting with U.S. Secretary of State John Kerry.

See more on Tibet and the violence in Xinjiang via CDT.